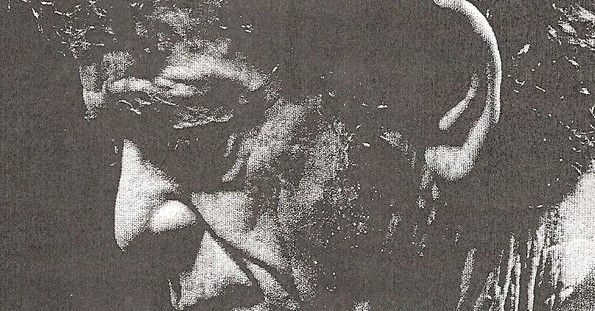 Last December, a little over a month after Lou Reed died—on October 27, at age seventy-one—Brett and Rennie Sparks of the gothic folk duo the Handsome Family were asked, at an event at the New School, how much his work had affected theirs. A lot, Brett said. “I’ve heard that Lou Reed could be kind of confrontational,” someone in the audience said. Funny how these rumors get around.

Lou Reed was confrontational about life. It might be a matter of staring life in the face, as he did in “Street Hassle” in 1978, a hipster’s tale turned into a stoic homily on fate; of humor rushing out in all directions, as in his hilarious stand-up version of “Walk on the Wild Side” on his live Take No Prisoners album from the same year; or of a slow, determined contemplation, as in his 1999 reading of Blind Lemon Jefferson’s 1927 “See That My Grave Is Kept Clean” at a concert celebrating Harry Smith’s 1952 Anthology of American Folk Music. Reed could confront life—refuse to accept its excuses—with a bitterness so focused and unrelenting that bitterness became a thing in itself, a form and a way of life, as in “Dirty Boulevard” in 1989. And he could bring all those things to bear at once, as if he were walking around a room, placing himself here, then there, then against a wall, then behind a sofa, finally stopping for ten minutes in a doorway before walking through it and back out onto the street—as he did in 2000, with an eighteen-minute song called “Like a Possum.”

For the first three minutes of the song, there’s nothing but guitar—it may be several guitars, but it feels like one—endlessly straining and bending, high notes shooting up and fading in the air like fireworks, until, very quickly, what came across as abrasive is as steady and sure as a cradle rocking. Except for the occasional sounds of something being dropped—a random background noise passing for percussion—there don’t seem to be any other instruments. Back and forth, back and forth, the same theme unwinding, tying itself up, unwinding, tying itself up again, and you’re sucked in, with no thought of where this might be going. This is a river, presumably it goes to the sea, but that’s a long way off, too far off to think about. And then a voice comes in.

The music stays constant, bending, unbending, while the man in the song grows increasingly desperate and deranged. It’s as if what he’s saying just happened to show up in his mind that morning, as if he’s never thought about any of this before, but now really wants to know: What does it mean to play possum? Is he playing dead at the top of his lungs? He’s shouting now—“Got a hole in my heart the size of a truck”—but also turning over in his mind all the other ways he might say what he’s saying, seemingly not realizing how funny he is: “And I say as one possum to another—”

Time isn’t passing. You have no idea how long you’ve been listening. The voice recedes behind the noise: “Now, you know me,” he says, “I like to drink a lot, only one left standing”—and the way he says it, you don’t picture a pile of drunks at his feet, but a whole cast of characters who once meant something: to the singer, to other people, a whole era, a whole way of life, all gone, except for this one happy, satisfied witness who’s going to tell you, no matter how long it takes, why it all still matters.

A theme has crept out of the song and taken over. “I’m the only one, I’m the only one, the only one left standing,” the man shouts, cries: “Oh holy morning.” The dawn will come when it comes. The person sees everything—people having sex in the shadows, others passing around drugs under a streetlight, hookers lifting their skirts—and disgust pours through the air like wind. “All the dead bodies piled up in mounds,” from “Heroin,” with the Velvet Underground, echoes finally into this song thirty-three years later, but again time isn’t functioning: It could be a hundred years later. You can see the singer passing those piles of dead bodies, this night, but now there’s nothing strange or horrible about it at all, they’re all packed up in black plastic bags set out on the curb for garbage pickup. They’ll be gone in the morning. Or are they all playing possum?

After the final words, “Calm as an angel,” the music stops. You stop. You play it again, pressing a button, or walking out on the street with the song in front of you like a phantom orchestra. “I’ve heard Lou Reed could be kind of confrontational,” someone says, passing you by, going the other way. “Right,” you answer back, wanting to say more, but the person’s already out of sight.