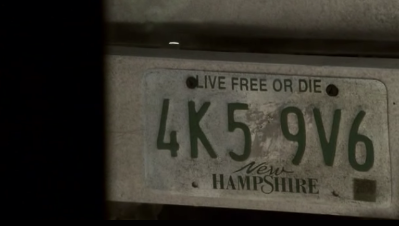 1. Kanye West, Coachella Valley Music and Arts Festival (April 29)
Solidifying his position as One of the Best People on the Planet, he switched from singer to DJ and announced he was going to play “one of my favorite songs“: A-ha’s “Take on Me,” the most deliriously irresistible hit of 1985. Doing either the “Carlton dance” or the “Molly Fucking Ringwald,” as uploads on youtube described his moves. West high-stepped across the stage while the crowd sang the song en masse, going up all the way—and it’s a long way—for the impossible high notes that dissolve the chorus into air.

2. KT Tunstall, “Other Side of the World,” from Eye to the Telescope (Relentless/Virgin)
It’s all about Tunstall’s seemingly endless drift through the second word in “You’re on the other side of the world to me.” In that moment this woman from Scotland could be the great Bermudan-Canadian singer Heather Nova, and not in the world at all.

3. Mandy Moore, American Dreamz (Universal)
Almost too good on her numbers in the hard-nosed American Idol parody where she’ll do anything to win, but she’ll live in film history for the way she delivers a single line: “I’m not physically attracted to other people, but…

4. Chris Walters
From a friend, a haiku for Gene Pitney, 1941-2006, who in the early ’60s, with “Town Without Pity” and “(The Man Who Shot) Liberty Valance,” caught the voice of the outsider too bitter to shake anyone’s lying hand: “Can’t cut my own throat/Before I tell this whole town/To go fuck itself.”
5. The Handsome Family, “All the Time in Airports,” from Last Days of Wonder (Carrot Top)
From the surrealist Albuquerque folk duo, slow power chords behind the details that can make an airport the black hole of everyday life: late at night, “the cages pulled across the stores,” and in the morning, “when they drive the waxer across the floor.” It’s dead air you don’t want to breathe, but you can’t help it.

6. B. Molcooli and Band, “He Don’t Love You,” Berkeley Farmers Market (March 4)
A toddler walked up to the soul singer and an accompanist and held one hand to each of their guitars, letting the sound go right into his skin. 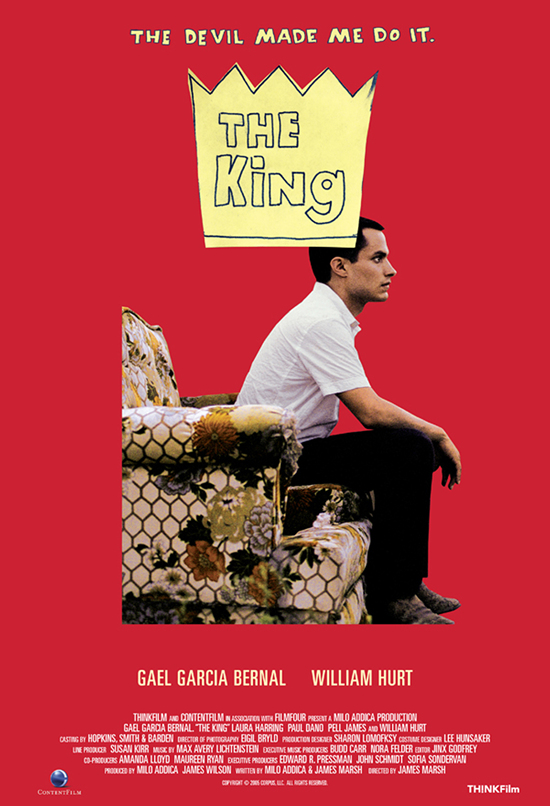 7. The King, directed by James Marsh, written by Milo Addica and Marsh (ThinkFilm)
One Elvis Valderez (Gael Garcia Bernal, Che Guevara in The Motorcycle Diaries) gets out of the Navy and sets forth to remake the family of the father who left him a bastard, the father he’s never met, now a middle-class fundamentalist preacher (William Hurt, so good you may not recognize him). The movie is a version of the demonic Elvis who emerged in the popular imagination after the real Elvis’s death—demonic because, as a king, he holds absolute power over others’ hearts—but pushed farther than ever before. With Pell James as Elvis’s half sister, indelible when she realizes she’s going to hell.

8. The Doors, “Doors Ride Again—box set, movie, and Vegas show in the works for the band’s 40th anniversary” (Rolling Stone, May 4)
That’s not all. When Jim Morrison died, Evan Serpick reports, organist Ray Manzarek and guitarist Robby Krieger wanted to go for commercials, but drummer John Densmore said no: “Onstage, when we played these songs, they felt mysterious and magic. That’s not for rent.” Now he’s saying yes: “We might consider something technology-oriented, or some hybrid car or something, but it’s gotta be right.” And for the movie, they’ll only do nudity if it’s absolutely necessary to the script.

9. The Sopranos, April 16 (HBO)
Vito, the only loyal man Tony has left, is exposed as a homosexual. He flees, planning to kill himself before anyone in the mob can do it for him. In a diner, the cook, seeing him for who he is, makes him feel at home as he never has in New Jersey; other gay men come in. In an antique store run by a gay man, Vito stares at a license plate: “Live Free or Die.” Can he? Doesn’t that promise apply to him, too? Coming up behind him, playing in full under the credits: X’s desperate, depressed version of Dave Alvin’s “4th of July,” and the promise and heartbreak of American democracy goes right to your chest.

10. Sleater-Kinney, “Jumpers,” Great American Music Hall, San Francisco (May 3)
Guitarists Carrie Brownstein and Corin Tucker pulled a thread that unraveled the music and tied it in a knot, but it was Janet Weiss who caught the drama. “She’s got the best drum­mer’s hair ever,” said a friend.