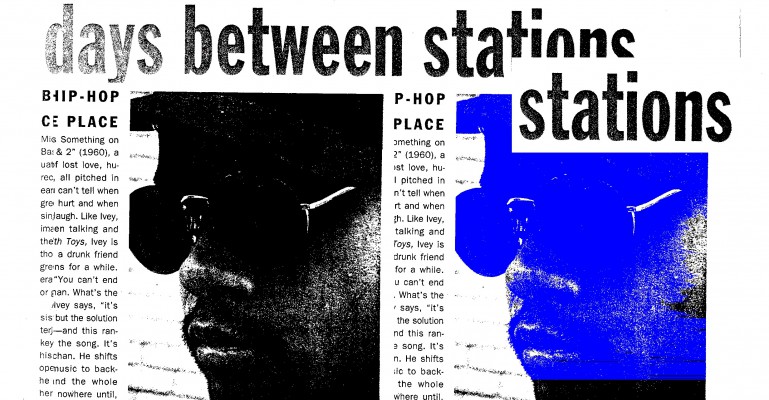 Michael Ivey, who with his band trades under the name Basehead, is a twenty-three-year-old Howard University graduate who has made one of the most suggestive and allusive recordings in all of pop. Play with Toys (Imago; there was an earlier, three-thousand-copy release on the nearly nonlabel Emi­gre) is hip-hop but not rap, with conversation reaching toward singing, absurdist in the most ordinary, down-to-earth manner imaginable. Once you get past the meandering strangeness of the disc it can seem kin to a whole world of music, even though it can also be summed up as an overly thoughtful, progressively drunken undergraduate warbling about how miserable he is while various pals and ex-girlfriends commiserate or give him a hard time.Aside from drumming by Brian Hendrix, instrumental assists from a few other helpmates, and constant verbal interjections from all sides, this is just Ivey as singer, guitarist, keyboardist, director, producer. But the rhythmic textures of his songs are diffuse, and their conversational dynamic Is open. A friend offers the singer advice (let’s play the radio, he says, let’s find a nice, happy song to get your mind off her; they spin the dial and turn up Bill Withers’s “Ain’t No Sunshine”) or a woman shoots him down (“I hope we can still be friends. You can still take me to dinner and movies and such.” “Do I still get to make sweet passionate love to you?” “No”). The result is so spectral, and yet so bursting with realism, that it connects all over the place—and aside from Ivey you might hear any number of people who did their work a step back from the light, or a step out of the shadows. Run through Play with Toys once, and it may reel in whatever you hear next—the Geto Boys’ “Mind Playing Tricks on Me,” or an argument on the subway. Keep it playing for a few days, and very nearly everything you hear—everything but particularly loud, aggressive, smug, posturing, stupid music, which you may find yourself simply not hearing—can begin to reform on Basehead’s terms: vagueness, drift, depression, goofiness, and a weird, irreducible self-affirmation. 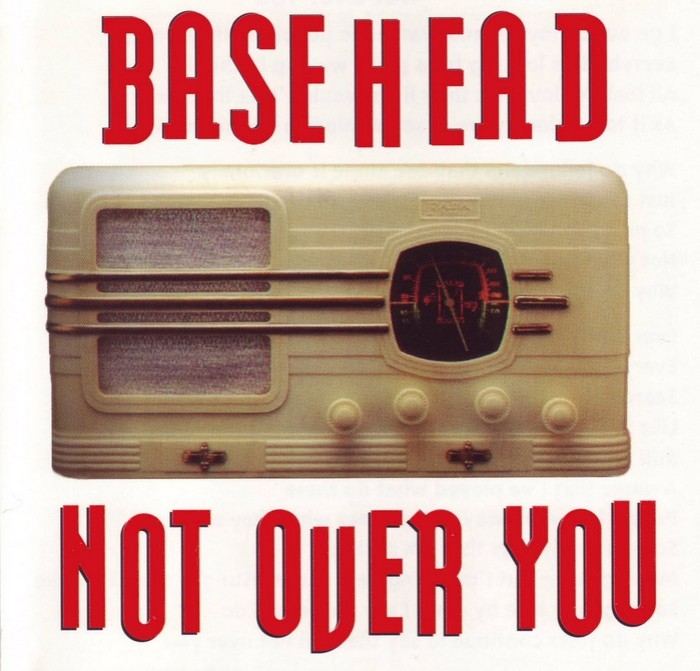 Ivey’s music all but rewrites, or rephrases, other music and creates its own tradition—Stepin Fetchit’s second mind, call it, his secret blues. Ivey’s character is most often dopey, fumbling, hapless. Play with Toys opens with the most unconvincing rendition of James Brown’s “Get Up I Feel Like Being a Sex Machine” in history, and while we’re informed this Is supposed to be a country band called Jethro and the Graham-crackers, it’s entirely in sync with everything else on the record. Still, even at his most distant and flat Ivey can seem on the verge of exploding into the forbidden, the unspoken—as if the solipsistic lassitude you’re hearing is mainly a version of a social violence you’re not hearing.Trying to make a connection I couldn’t quite define, I found myself haphazardly alternating Play with Toys and Rag­ing Harlem Hit Parade (Relic), a fabulously diverse collection of ’40s to ’60s releases mostly from Bobby Robinson’s Fire, Fury, and Enjoy labels, and suddenly Michael Ivey and New Or­leans R&B singer Bobby Marchan were speaking the same language, the same unknown tongue. Bobby Marchan sang with Huey “Piano” Smith and the Clowns; his one hit under his own name was “There’s Something on Your Mind, Parts 1 & 2” (1960), a bizarre soul epic of lost love, humiliation, revenge, all pitched in such a way that you can’t tell when you’re supposed to hurt and when you’re supposed to laugh. Like Ivey, he wanders between talking and singing. On Play with Toys, Ivey is working on a tune; a drunk friend comes In and listens for a while. “Damn,” he says. “You can’t end no song like that, man. What’s the solution?” “Well,” Ivey says, “it’s a complex situation, but the solution… I don’t know”—and this random talk becomes the song. It’s the same with Marchan. He shifts from background music to background silence, and the whole seems to be going nowhere until, without warning, the band cuts out and Marchan begins to preach:

After you can’t stand it no more you go on downtown to the pawnshop and get yourself a pistol. And then you make it back up on the scene where your loved one and your best friend are now together. You go right in and bust down the door and shoot him. You can’t shoot her because you know if you shoot her all of your love in your long lifetime will be gone forever. And just as you make it up In your mind to forgive her, here come another one of your best friends through the door. This really makes you blow your top!

But you don’t have to be listening to anything else. Put Play with Toys on and you might hear Sly Stone in 1971, blunt, cruel, and fatalistic in “Family Affair,” or the Coasters’ oddly muted, defeated “Shoppin’ for Clothes” from 1960: “I’m sorry, my man,” the salesman sneers, “but your credit didn’t go through”—the hopeful customer’s on the verge of a moon walk, then he falls back into a slump.As Ivey sings and talks his way through his music, the sense of naturalism is so strong you can get the feeling he’s less performing than just killing time. Certainly boredom is a central motif here, and killing time a crucial aesthetic theme. None of which explains why the record seems to keep playing of its own accord; why it seems so unlikely, so off. The fact is, Ivey is smart, and listening to smart people can be fun. It can be seductive. And it can produce its own kind of suspense: as the singer’s friend says, What’s the solution? What happens next? Play with Toys reaches out in so many directions, draws in and remakes so many apparently finished musical events—I haven’t thought of “Shoppin’ for Clothes” in ten years, let alone gotten it out and listened to it—that as Ivey’s new sounds suggest a new version of the past, they also imply a future, which is to say Ivey’s career. How far the sounds Ivey is already making can go suggests how much he might have to say.