1. Terry Clement & the Tune Tones, “She’s My Baby Doll,” from Sin Alley (Big Daddy)
Crammed with 1955-61 obscurities that make Carl Perkins sound like an accountant and Hasil Adkins seem like a craftsman, this is the most demented rockabilly compilation since Juke Box at Eric’s. Clement leaps out of the pack, possessed by a thought the urgency of which stands undimmed by the passage of time: “Well, rich girl wears expensive perfume/Poor girl does the same/My girl don’t wear none at all/But you can smell her just the same.” 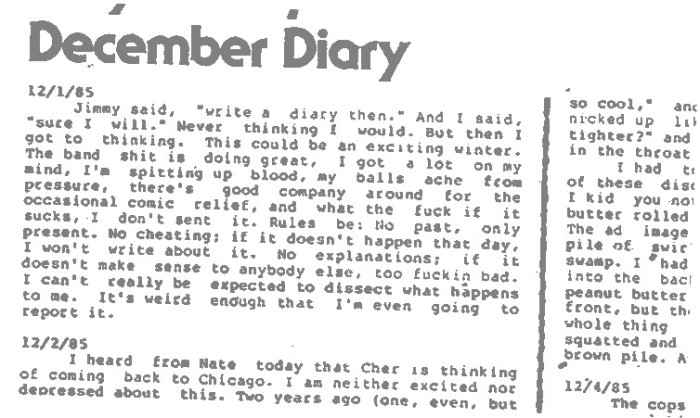 2. Forced Exposure #10 (Box 1611, Waltham, MA 02264, $3 postpaid)
Operating on the premise that “Extremism in the defense of liberty is no vice—and fun, too,” this thick punk-maudit quarterly has become the crucial music magazine in the U.S. That may be mainly due to Steve Albini, whose long “December Diary” is the high point of #10; his subject is candor, how it turns life into a war, and why it’s worth fighting—at home, at work, in print, on stage. Albini’s premise might be found in something the late Alexan­der Trocchi wrote: “We must do everything to attack the ‘enemy’ at his base, within ourselves.”3. Charlatans, Alabama Bound (Eva, France/Perfor­mance Distributors, New Brunswick, NJ)
Killed by MGM in 1966, these addled folk-blues tracks by the first exemplars of the “San Francisco Sound” are historic; they’re also a curio. But the last number—nine minutes 50 seconds of the title song, the band’s signature tune—remains rough and luminous as it was on the day it was performed: June 13, 1969, at the Charlatans’ final show.

4. Matt Mahurin, sleeve photo for The Lover Speaks (Geffen)
Forget the record, which offers a U.K. translation of some of Phil Spector’s pomposities with none of his desire; the cover portrait, a woman naked visible from her shoulders up, shot in the Victorian style of Julia Margaret Cameron and posed in a corrosive moment of (since The Lover Speaks claims influence by Barthes, we’ll call it) “jouissance,” is one of the sexiest things you’ll ever see. 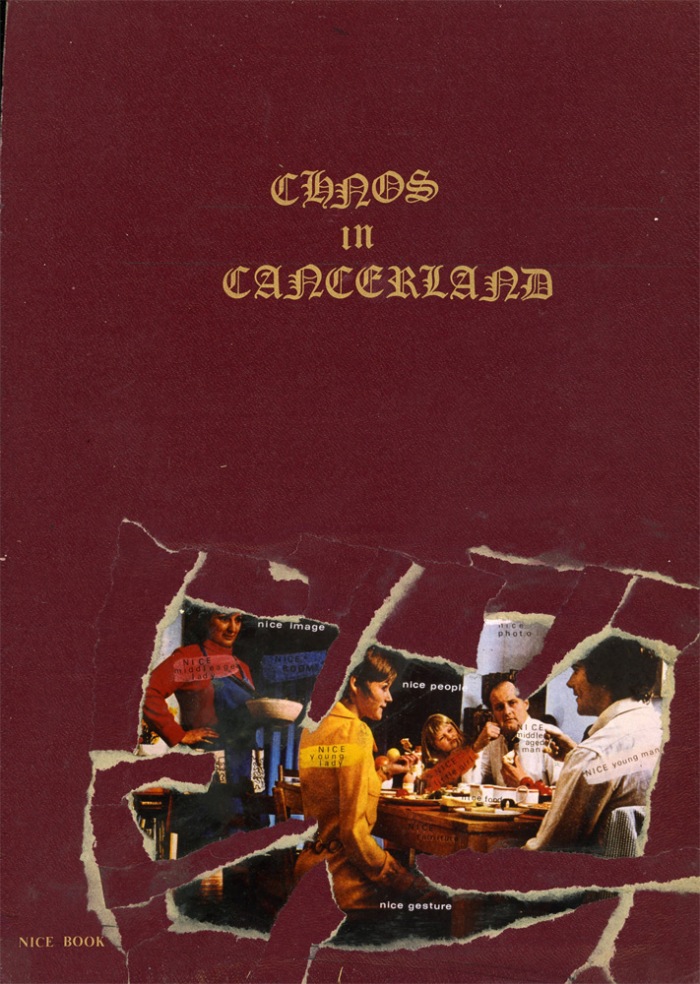 5. Jamie Reid, Chaos in Cancerland (Josh Baer Gal­lery, 270 Lafayette St., New York, September 12 through October 4)
I haven’t previewed this exhibit of the Sex Pistols’ art director’s work from the early ’70s on, just the catalogue/poster. But there should be wonders here, such as the pre-Pistols sticker Reid made up for clandestine posting in supermarkets: “LAST DAYS. BUY NOW WHILE STOCKS LAST. This store will be closing soon owing to the pending collapse of monopoly capitalism…”

6. Lee “Scratch” Perry, “Grooving,” from Battle of Armagideon (Millionaire Liquidator)(Trojan, U.K.)
What you slip into the supermarket Muzak system after you’ve put up Reid’s stickers.

7. Nell Young, advertisement for Landing on Water (Geffen), in New Musical Express, July 26
“A Return to Rock Roots,” trumpets the copy, sweeping up after Young’s recent commercial disasters; a photo-collage shows Neville Chamberlain brandishing his “piece of paper,” now replaced by the sleeve of Landing on Water. The implication seems to be that Geffen, which sued Young to force him to produce salable music, is Chamberlain, and that Young is—Hitler? Who paid for this ad? What does it mean?

9. Elvis Costello, “I Want You,” from Blood and Chocolate (Columbia)
An anomaly on an LP that’s a lot closer to Nuggets than King of America: with a nod to “Going Down Slow,” a spare, determined, pitiless love song to a living corpse.