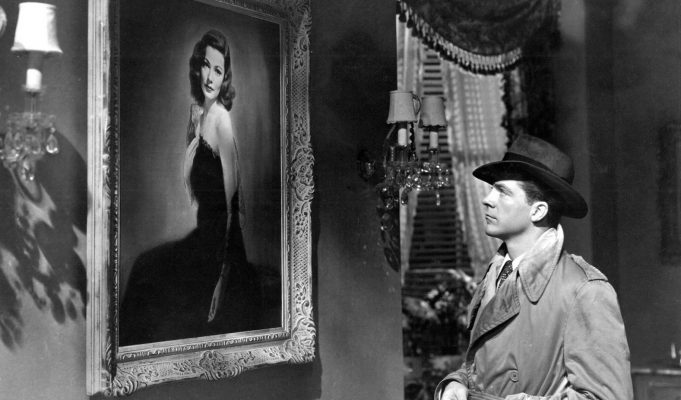 I wouldn’t consider missing the Oscarcast, but this year was the first time in ages I can remember enjoying it. The show was so clean and fast, and there was so much pleasure in watching people I wanted to win actually do so, that the low moments—and some of them were low (Ingrid Bergman “presenting” a special award to the absent Jean Renoir, and calling out, “Can you hear me, Jean?”)—seemed like they were there simply to keep up the tradition.

For example, those of us who gathered to watch were gratified by Bert Schneider’s nervy speech after winning for Hearts & Minds—“It’s ironic we are here just as Vietnam is about to be liberated.” (Did he say “liberated”?)—a speech topped by Schneider’s reading of a telegram from the Ambassador of the Provisional Revolutionary Government. However, in a different way, we were gratified by the perfectly worded disclaimer that was immediately whipped up for Frank Sinatra to read: “The Academy is not responsible for any political references [true euphemistic genius—they won’t dignify Schneider’s words by calling them a “statement,” they have to call them a “reference”] on this program, and we are sorry they had to take place.”What I mean is that while it’s no fun to feel superior to the Oscars (if Dustin Hoffman really said they’re “vulgar,” either he’s missed the point, or else he thinks he’s Lenny Bruce, in which case he’s missed Bruce’s point) unless you get to win one, it’s nice to feel a little distance.

The Big Surprise was Robert DeNiro’s Oscar for Best Supporting Actor. His performance in Godfather II was a revelation. It was profound, and with everyone programmed for Fred Astaire to walk away with the statue, the award was thrilling.

The Big Flop was Shirley Maclaine, just down from San Francisco after a press conference to plug her new movie about China, and acting as if maybe she’d brought back a year’s supply of opium along with news of The Better Way of Life. A clip showed her acting cute-cute in an old Oscar presentation; cut to Shirley Today, smirking, “That was 1959, B.C. Before China.” Then she made a real neat Women’s Liberation joke. “She’d join a commune in Hunan if they’d let her bring her mascara,” said one of the assembled hecklers.

As far as the Big Winner—well, I was delighted, and enough said, except that it pained me to know Al Pacino never had a chance for Best Actor (though with DeNiro coming in from left field, I had last-minute hopes). Pacino shouldered the most unsympathetic and perhaps the most difficult lead role since sound came in, and his last few minutes in Godfather II are complex and tragic, beyond any writing of mine. Jack Nicholson, who seemed likely to win for Chinatown, would have been a reasonable choice, if not an inspired one, but Art Carney’s Jack Lemmon Good-Guy Award was an insult. Reassuring, of course—not just to Hollywood, but to an old Oscar fan—like Ingrid Bergman’s coup for her appalling performance in Murder on the Orient Express. She alone filled the traditional Oscar Grande Dame spot (“It’s always nice to win an Oscar…”) just as Jack Valenti supplied the requisite self-congratulation. Though this year, perhaps in reply to Bert Schneider, he and his foil went a little further than usual. “Filmmakers speak a universal language,” Jack offered. (When was the last time you saw a movie in Esperanto?) Then, Susan George: “Maybe the best way to achieve peace in the world would be to let filmmakers sit down and work out our problems.”

The least typical, and perhaps most memorable event was the Special Oscar given to Howard Hawks, now very old, presented by John Wayne. Hawks is a great director, whose many extraordinary movies do not stand up under the critical exegesis to which they have been subjected, but they have stood up easily under the weight of two, three, and four decades, which seems more important. Hawks appeared at Wayne’s side, looking tough and bitter. He has never been named Best Director—not for Scarface, not for Red River, Twentieth Century, The Big Sleep, Bringing Up Baby. He spoke briefly about a time when John Ford, then near death, promised Hawks that someday, he would win an award. He did not say, “an Oscar.” “There,” said one of us, “is a man who has been hurt.”

Unlike others who have received the honor that this night was given to him, Hawks was not about to let anyone off easy. In a year when Godfather II, a movie made in a similar spirit, swept the boards, Hawks’ manner was a confirmation that while beneath the fake tinsel one usually finds only the real tinsel, sometimes, one finds iron.

Wednesday, April 16
—8 PM, Ch. 2: Man’s beginning… in The Dawn of Man, a wonderful National Geographic documentary on anthropologist Louis Leakey and his historic discoveries in the Olduvai Gorge. Exciting and suspenseful; don’t consider missing it.
—9 PM, Ch. 2: And man’s end… with The Bomb, finale of The World at War. See Russia encircle Berlin as we entomb Hiroshima and Nagasaki. You might be better off just watching Leakey.
—10 PM, Ch. 4: The Law. Last of this accurate, three-part series: lawyer Murray Stone takes over the penalty phase of the trial of a confessed murderer. Not like Perry Mason.
—11:30 PM, Ch. 7: Bogart. Another of Peter Lawford’s aggravating film-clips-and-interviews bios. George Raft, Joan Blondell, and others will be telling some of all about HB.

Sunday, April 20
—10:30 PM, Ch. 9: Monty Python’s Flying Circus. If you thought The Wrong Box was one of the funniest movies you ever saw you’ll like this show. On the other hand, if you thought Beyond the Fringe was British humor at its limit, you won’t. Very silly, this show is, but too damn smug about it. Buy the records instead.

Monday, April 21
—8 PM, Ch. 9: The Forgotten War. Intriguing documentary on the 1918 invasion of the infant Soviet Republic by Great Britain, the USA, France, and Canada, something neatly excised from most history books. Educational TV gets it on, for once.

Saturday, April 26
—4:30 PM, Ch. 7: Wide World of Sports. OK, fans, here we go: George Foreman, identified in the promo sheet as “The World Heavy­weight Champion” (they haven’t heard?) takes on five consecutive opponents, three rounds each. Is it fixed? Do you care?

Wednesday, April 16
—12 Noon, Ch. 44: Twentieth Century (’34, Dir. Howard Hawks). Fabulous comedy with Carole Lombard and John Barrymore, set on the crack train that once ran from Chicago to New York. To say it’s fast-paced would be very much an understate­ment; to say it’s one of the funniest movies ever made would not be.

Thursday, April 17
—12 Midnight, Ch. 5: To Be or Not to Be (’42, Dir. Ernst Lubitsch). Carole Lombard and Jack Benny are back again outwitting the Nazis. Benny’s finest moment.

Thursday, April 24
—10 AM, Ch. 2: Lady From Shanghai (’48, Dir. Orson Welles). Marvelous murder adventure climaxing in the hall of mirrors in San Francisco’s old Playland at the Beach, with Welles, Rita Hayworth, Everett Sloane. One of Welles’ best.
—6 PM, Ch. 2: North to Alaska (’60, Dir. Henry Hathaway). John Wayne, Ernie Kovacs in comedy-adventure about digging gold out of the frozen tundra. Very fine—not The Gold Rush, but it’ll do for the moment.

Saturday, April 26
—9 PM, Ch. 7: Rosemary’s Baby (’68, Dir. Roman Polanski). Pretty scary flick about young actor who sells his wife and baby to the devil for a good part. Anton LaVey appears as Mr. Scratch himself, grinding away on poor Mia Farrow.
—11 PM, Ch. 44: Laura (’44, Dir. Otto Preminger). Classic mystery, the ultimate in ’40s chic, with Gene Tierney at her most beautiful and Clifton Webb at his most dastardly. Preminger’s been downhill ever since, but his touch was almost light enough on this one.

The Tube Editor Requests: That a Bay Area Movie Champ dig out Phil Karlson’s ’55 Phoenix City Story, the best corrupt-town-cleaned-up-by­-returning-hometown-boy movie ever made. Make sure the 13-minute prologue is included in the print, but by all means, get it. Would be timely; it’s election year, after all.