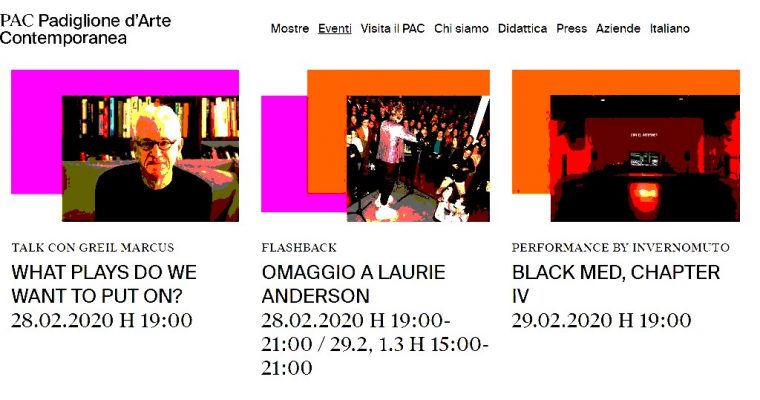 Note: this appearance, along with everything else in Milan, has been cancelled.
Talk with Greil Marcus
28 February 2020, 7 PM

“Music and politics, that’s really all there is to talk about,” Simon Frith once said. Greil Marcus started writing about music and politics in the mid-sixties and continues to do so—though the relationships between the one and the other(if they are not in some deeper sense the same) have come to seem far more oblique over time than they first appeared. What Plays Do We Want to Put On? explores the shifting connections between mere songs and an understanding of the Good by focusing on Bob Dylan’s “The Lonesome Death of Hattie Carroll”—as it first appeared in 1964 and as if was turned on its head in a TV drama in 1993—and Laurie Anderson’s “O Superman”—as it first appeared in 1981, and as it was performed in New York just days after the terrorist attacks of 2001.