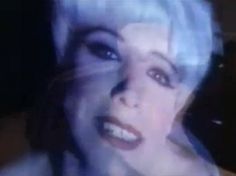 1. Minutemen: “ballot result“ (SST retrospective, 1980-85)
This is what was left after guitarist D. Boon lost his life in late ’85: two LPs worth of demos, outtakes, stage tapes, audience cassettes, radio checks, and Mike Watt’s bloody charge into Roky Erickson’s “Bermuda.” A few album cuts have been thrown in for continuity, and the upshot is, if not the best Minutemen set, the most accessible and the most fun. Yes, they really were the Grateful Dead of punk (replacing karma with politics, faith with irony, boogie with rage, folkiness with artiness), and also the Beach Boys, and also their fans.

3. Pauline Murray and the Storm: “New Age” (Polestar, UK)
Murray sang Penetration’s generic punk manifesto “Don’t Dictate” ten years ago, and she’s been chasing her own voice ever since: dreamy, sweet, playful, confused, lyrical, above all naïve. It’s all in her tone; from “Dream Sequence” in 1980 to now, she’s answered questions no one else is even asking. 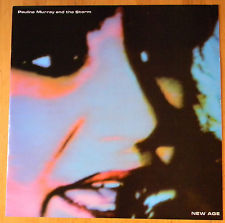 4. Larry Speakes: White House Press Briefing, January 8
Which he opened by playing a tape of “That’s All Right (Mama).” And continued by announcing that while he had no new information on the president, reporters could ask him “anything at all about the King.”

5. Sun Records: The Country Years, 1950-1959 (Sun/Bear Family, W. Germany)
Unlike the Sun Blues Years box, which was an epic, this spectacularly packaged, overpriced ten-LP set is an ordinary story; its deepest themes aren’t refusal and desire, but acceptance and routine. So you reduce your expectations, and notice small but gleaming anomalies, the product of an ordinary story being pushed just beyond itself, or given perfect shape. This might be Howard Seratt’s quiet folk-gospel, the rare sound of a man at peace with himself, or Cash King and the Miller Sisters’ “Can’t Find Time to Pray,” so delicate it almost hides its sting: “You must find time to die.”

7. Julee Cruise: “Mysteries of Love,” from Blue Velvet: Original Motion Picture Soundtrack (Varese Sarabande)
Sort of like Laurie Anderson’s “O Superman” as composed by David Lynch and Angelo Badalamenti, and performed by Rosie and the Originals.

8. Hajj: Muslim Gaze (Limited 4, UK)
This seems to be the first disc inspired by the Iran debacle, and simply as an artifact, it has an ominous power. The, combination of the all-knowing face of Khomeni on the front cover, the baffled, scared face of Reagan on the back, and the title–as Mike Watt says on “ballot result,” “one title is worth a million lyrics,” and Muslim Gaze doesn’t have any.

9. Los Lobos: By the Light of the Moon (Slash)
Fine. But not superfine.

10. Malcolm Bradbury: Eating People is Wrong (Academy Chicago reprint, 1959)
As author of The History Man and Rates of Exchange, Bradbury has become increasingly impressed with his own sense of humor since publishing this rather chilling comic novel about the wasteland of postwar British liberal culture. Here the humor cuts, and it never claims the page merely for the sake of a joke. Bradbury understands that sometimes the gift of humor is to ease the way to seriousness, as in the following passage, just the musings of one of his characters, and also a eulogy appropriate to any person, at any time, in any place: “But the life one leads cuts out all the lives one might have led; one is never a virgin twice; events engrave themselves. Life is a unity to the soul. We meet events halfway; they are part of us, and we are past of them; nothing is incidental. Ahead comes the point where all events exist at once, and no new ones are in sight, the point on the edge of death, which is a reckoning point.” Play that dead band’s song again.