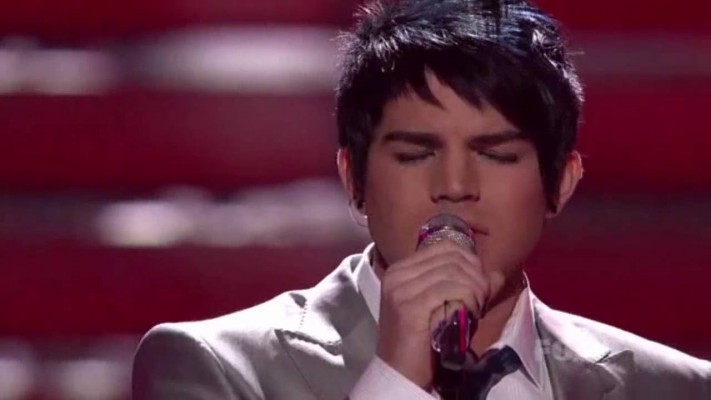 1. Fiery Furnaces, I’m Going Away (Thrill Jockey)
Musicality in speech is a common theme; the peculiar delight in the Fiery Furnaces’ eighth album in their six years is the realism of speech in their songs. The music is a given, so if you catch, say, the way Eleanor Friedberger turns her words, “Well, I thought I was thinking, but apparently not,” whatever context the words might inhabit in their narrative drops away, and you might be transported to a city street and enveloped by the feeling not of listening to a performance but of hearing a woman on her cell phone as she strides past you, with precisely the intensity and surprise of a smell taking you back to a face or a voice you haven’t thought of for years.

2. Robert Cantwell, “A Harvest of Illth,” in If Beale Street Could Talk: Music, Community, Culture (University of Illinois Press)
Cantwell is a subtle writer, and his col­lection of essays on the transformation of everyday life by art that resists disappearing back into the ordinary and the predictable is full of paradox (“The disc ren­ders the performance silent, as the photo renders its sub­ject invisible, each not merely representing, but replacing the other”). But in “A Harvest of Illith”—John Ruskin’s word for a form of wealth that “as it leads away from life, it is unvaluable or malignant,” here naming Mississippi blues 78s made in the ’20s and ’30s as accumulated by a few young men in the ’40s and ’50s—Cantwell finds his way into a kind of frenzy. If Beale Street could talk it might say this: “Like a bus driver caught in a skid”—imagine a tourist bus, with the driver on his intercom, “That’s where they had the Palace Amateur Nights, they say Elvis sang there before anyone knew his name, Oh shit, hold on!”—“the Delta blues thrusts the musician into a swiftly proliferating emergency that tests not only his competence as a musician but his grasp of the whole nature of his body and his instrument in the midst of the wider context of natural laws of which he and it are parts.”

3/4. David Thomson,”After Citizen Kane—a New Socratic dialogue” (McSweeney’s 31) and Adam Lambert, “A Change Is Gonna Come” (American Idol final, Fox, May 19)
Thomson has Susan Sontag trying to get Franz Kafka, Virginia Woolf, Charlie Chaplin, and Ernest Hemingway to vote against Citizen Kane in the 2012 Sight & Sound poll on the greatest movies ever made. “I always vote on American Idol,” says Woolf. Would she have voted for Adam Lambert, who for the season’s final face-off placed his bet on Sam Cooke’s civil rights anthem, the greatest soul record ever made? Ken Tucker of Fresh Air has compared what Lambert does to other people’s songs to the outrageous and inspired operations David Bowie performed on the likes of British Invasion hits on Pin Ups; he played Lambert’s version of “Burning Love” to prove his point, and it did. But this night Lambert began as if soul music were a picture in a magazine; every note and gesture was a referent to a referent that the picture had rendered invisible. So much alienation was built into the performance, where according to Idol precepts all emotions are absorbed into I want, that Lambert became his own impersonator. After thirty seconds of hitting notes (“Not singing, or vocalizing,” said a friend. “Vocaling”), he screamed, to show that he could really hit a note, and the performance went to a rank hysteria, which was meant to stand for actually hearing one’s own words, for being moved by what one was singing about. And then the coup de grace, as Lambert turned a song about a change that had to come because it would affect a whole people, a whole country, perhaps even the whole world, into a pitch for votes, magically replacing a common history with solipsism. “I know my change is gonna come!” he sang, leaving Cooke’s inescapably shared “a change is gonna come” in the dust—making the song his own, the ultimate Idol praise phrase, in the most absolute way, erasing everyone, dead or alive, that the song truly contained. The judges were beside themselves. Lambert lost to Kris Allen, in the word of the day Pat Boone to Lambert’s Elvis, but he will be closing his act with “My change is gonna come” until Sam Cooke returns in the common imagination to claim it, and for Lambert the song will fall away from him and he will be the last to know. Up in heaven, trying to negate eternity, probably Virginia Woolf would have voted for him: “That show can cheer me up sometimes better than a Cornish cream tea.”

5. Tom Meyer, “Back Page” cartoon (San Francisco Chronicle, May 17)
There’s an older man shouting at his unhappy daughter: “Hey—we had to pay for our parents’ Social Security, you have to pay for ours!” “Your parents were part of the Greatest Generation that delivered us from the Depression and the Nazis…” she says, shoving her finger into his potbelly: “Your generation gave us Iraq, the Great Recession, trillion-dollar deficits, and Duran Duran!”

6. Ed Zuckerman, writer, “Rock Star” episode of Law & Order: Criminal Intent (USA, May 3)
The first show with Jeff Goldblum as Detective Zach Nichols. “I have a Grammy!” says Daniel Gerroll as old washed-up British rock star Philip, now landlord, sexual blackmailer, band manager, and killer, when Goldblum sneers at him. “Milli Vanilli had a Grammy,” Goldblum says mordantly, turning himself back into the crotchety rock critic he played in Between the Lines in 1977. 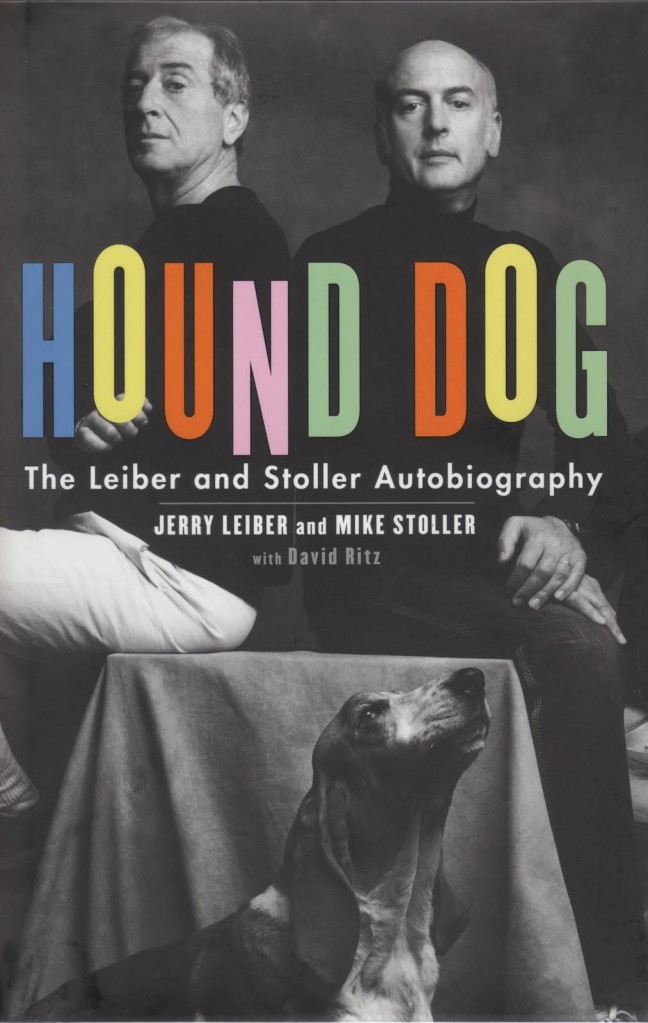 7/8. Jerry Leiber and Mike Stoller with David Ritz, Hound Dog: The Leiber and Stoller Autobiography (Simon & Schuster) and Josh Alan Friedman, “Jerry Leiber: Kiss My Big Black Tokhis!” in Tell the Truth Until They Bleed: Coming Clean in the Dirty World of Blues and Rock ’n’ Roll (Backbeat)
With Ritz, who’s been ear and pen for autobiographies by Ray Charles, Aretha Franklin, Etta James, and more, the songwriters who from the beginning of their partnership in 1950 defined rhythm and blues and rock and roll talk their tales one after the other, back and forth: tales told before, in many cases, but not with such a sense of satisfaction and reflection, with such a lack of guile or resentment. Leiber speaks of deriving the words for “Is That All There Is?,” eventually an indelible hit for Peggy Lee in 1969, from Thomas Mann’s “Disillusionment,” while Stoller says he went for the spirit of Kurt Weill for the music; together they recount trying to sell the song to Marlene Dietrich (“The song you just sang is who I am,” she tells Leiber, “not what I do”), then Barbra Streisand. What about Lotte Lenya? Ultimately they take Lee into the studio, she sings the song again and again, and they settle on take thirty-seven, because, for take thirty-six, when the three got it all—“Peggy had done it. We had done it. The enormous potential in this strange little song had been realized”—the engineer forgot to press the record button. Leiber relates a lot of the same stories in Friedman’s profile; with the gentlemanliness of Ritz’s presentation replaced by Friedman’s insistent street-grit milieu and tough-guy narration, they aren’t half so convincing.

9. Eliot Ross, Passover at Jake’s: The Rosenbloom Seder Plate, 2008, in the Dorothy Saxe Invitational: New Works/Old Story—80 Artists at the Passover Table (Contemporary Jewish Museum, San Francisco, February 27–June 2, catalog available through the museum)
“An assemblage of objects memorializing my father and his brothers who never took time off to celebrate a Jewish holiday,” Ross says: on a blue and white Pabst serving tray, with WHAT’LL YOU HAVE? emblazoned on the edge, there’s a snapshot of the four Rosenbloom brothers posing in front of a bar, and before them an ashtray with a few butts, a cigar stub for a lamb shank, a shot glass, the whole thing held up with a Budweiser bottle.

10. Elvis Presley, “That’s All Right” (Cole Coffee, Oakland, May 23, 8:30 a.m.)
For a minute, the little coffee spot had no customers. As I walked in I caught the first strum of Elvis Presley’s first record. “That’s nice,” said one of the three twentyish women behind the counter. Another took my money and began dancing as the first one starting singing. A feeling of freshness and confidence rang through the music and into the air of the room.