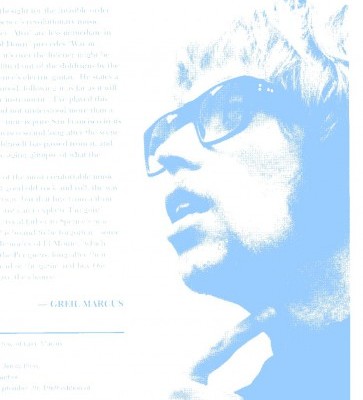 Poking around the shelves of bargain record shops, you’ll stumble across the wreckage of the rock and roll revolution—the hundreds of albums released in the last few years that no one ever listened to. They’re shoved against the wall, their hopefully outrageous psychedelic covers now limp and dull; you can almost judge the quality of the music by a glance at the jackets.

Crammed in between the waste and the garbage are the good records that got lost in the shuffle, LPs that had the misfortune to come out in the same week as Wheels of Fire or Cheap Thrills: the already forgotten records by the Good Rats, Bunky and Jake, and more. The hip FM stations never got around to programming them, Top 40 never heard of them, and the unlucky songwriters and musicians may soon be back toiling at the Sixties equivalent of the proverbial car wash.

Oar, the new album by Alexander (Skip) Spence of Moby Grape fame, will probably find its way onto the dingy shelves of the bargain dumps soon enough, with a brand new copy going for a dollar or less. “This album is an oasis of understatement,” read the liner notes (if it’s true, it shouldn’t be said, right?). Not many new LPs will sell less.

Much of Oar sounds like the sort of haphazard folk music that might have been made around campfires after the California gold rush burned itself out—sad, clumsy tunes that seem to laugh at themselves as Spence takes the listener on a tour through his six or seven voices: a coughing, halting bass on “Diana,” a withered, half-dead moan on “Lawrence of Euphoria,” a lyrical wail for “War in Peace” and “Grey/Afro.”

From one side this album is a joke. It’s so unpolished and rude—as in “rude hut”—that it sometimes seems merely incompetent. “Uh, uh, Di-anna,” lurches Alexander Spence, and if it’s not intended as a good laugh on Neil Sedaka then it’s just plain bad. Nothing on Oar is irritating, though—the music is quiet and insinuating, so if it’s not world-class rock like Moby Grape’s “Omaha” or even cute like their “Funky Tunk,” this is still real music, not someone’s half-baked idea of where it’s at.

Spence recorded in Nashville, but lo, unlike so many before him he didn’t follow Bob Dylan and spring for Charlie McCoy, Kenny Buttrey, and Bob Johnston. He plays, sort of, every instrument himself—bass, drums, electric and acoustic guitars—and produced his own album. Sometimes his playing is about as good as Wildman Fischer, and sometimes he’s perfectly brilliant. The end result is music that has the same tone to it as Dylan’s basement tape.

Oar’s highest moments come with “War in Peace” and “Grey/Afro.” They’re quintessential Spence cuts—anarchic in conception but somehow holding on to form and rhythm in execution. I’ve never been able to figure out how Spence’s most astounding compositions—“Seeing” from Moby Grape ’69 and “Indifference” from Moby Grape—were ever performed: they sound like street fights, singers shouting back and forth, guitarists challenging one another for the lead, harmonies splitting the beat without a thought for the invisible order that’s the triumph of Spence’s revolutionary music. “War in Peace” and “Grey/Afro” are less immediate in their impact. “Weighted Down” precedes “War in Peace,” and by the time it’s over the listener might be half-asleep—only to be lifted out of the doldrums by the ghostly approach of Spence’s electric guitar. He states a theme and then sets a mood, following it as far as it will go. His voice is another instrument—I’ve played this record over and over and not understood more than a score of the words. The tune is pure San Francisco in its sound, but the San Francisco sound long after the scene has passed and Spence himself has passed from it, and so the song offers a slow, aging glimpse of what the music was all about.

Oar presents some of the most comfortable music I’ve ever heard—it’s not good old rock and roll, the way Moby Grape plays it, anyway, but that line from a thousand old rock ditties, “I just can’t explain, I’m goin’ insane,” might be the musical father to Spence’s new album. This unique LP is bound to be forgotten—some day it’ll be as rare as “Memories of El Monte,” which Frank Zappa wrote for the Penguins, long after their time had gone. Get ahead of the game and buy Oar before you no longer have the chance.