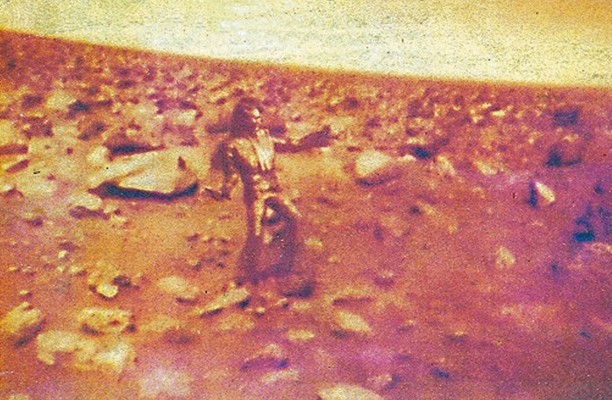 1. Randy Newman: “Dixie Flyer” and “New Orleans,” from Land of Dreams (Warner Bros.)
Whether or not these songs are simple autobiography, they’re presented as such, and for a man who’s always sung as a character actor, it’s a shock. As the tunes roll easily on, a piano that communicates socially, that sets a mood of shopping, banter, strolling, a mood so commonplace it validates every personal detail, Newman is singing about being Jewish in a gentile world, about late ’40s racism as a natural fact, about the skewed, impossible, utterly concrete memories of childhood: his father coming back from the war to tell the people of New Orleans they’d won, and so sparking a citywide celebration—in 1948. “Maybe they’d heard it maybe not,” Newman remembers. “Probably they’d heard about it, just forgot”—and the way he sings the last two words of each line is as profound as anything, in “Sail Away.”

2. White of the Eye (Dir. Donald Carnmell, Para­mount video)
For Cathy Moriarty, who uses obscenity with more conviction than anyone else in the movies.

3. Midnight Oil: “The Dead Heart” (Columbia)
The title plays against the singsong: “We carry in our hearts the true country/And that cannot be stolen.” In other words, the country (in their case, Australia, and it doesn’t matter that they’re singing as Aborigines; in your case, as you listen, your country) is up for grabs. This band is not kidding—not like others on the charts, making political music out of populist pieties. They’re in the game for the wisdom their music can be made to give up,

4. The Sun: “STATUE OF ELVIS FOUND ON MARS—Satellite Beams Back ‘All Shook Up'” (September 20)
Let’s see Doonesbury and Bloom County top that.

5. Simon Frith: Music for Pleasure: Essays in the Sociology of Pop (Routledge)
Eighties daily journalism and the footnoted scholarship it provoke& a collection in which each piece is engaged in a conversation with every other. 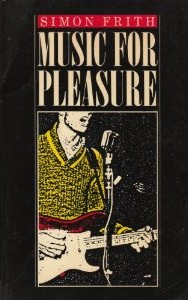 6. Bo Diddley: Bo Diddley’s Beach Party (Chess reissue, 1961, Japan)
Recorded live in Myrtle Beach, South Carolina, when it cost a buck or two to get in. It costs $20 now but if you were there, or ever wished you were, it might be worth it

7. David Lindley & El Rayo-X: Very Greasy (Elektra)
Even the bad covers (“Papa Was a Rolling Stone,” “Werewolves of London”) echo the misanthropic wit (in the singing) and the love of the world (the guitar playing) that made Lindley’s 1981 El Rayo-X as personal in its way as Astral Weeks. Don’t wait for the next one, David—the feeling is back, the momentum is there.

9. Gary Stewart Brand New (Hightone)
Drunk again, as he says, but the old stuff is fine, and what’s new is “Lucretia,” Which owes more to Lynyrd Skyn­yrd’s “That Smell” than to anything by George Jones or Jerry Lee Lewis.

10. Sut Jhally and Ian Angus: “Introduction” to Cultural Politics in Contemporary America (Routledge)
The editors of this wishfully “interventionist” academic anthology of no one’s best work tip their hand straight off: dedication to Joe Hill, “genius of cultural politics,” “Murdered by the Authorities of the State of Utah”; acknowledgement note re the “fruitful experience of collaborative work, which is at the very heart of socialist practice” (fascists always work alone, that’s why they never get anywhere); the “alternate sphere” of cultural politics defined as the ‘sixties’ tradition of Joe Hill, Woody Guthrie, Leadbelly, Joan Baez, Phil Ochs, the Weavers, Pete Seeger”—you know, all those people who later formed the Rolling Stones. But it’s the discussion of Bruce Springsteen and John Lennon, “the two most important figures in mainstream culture, from a left perspective”—thank you—“in the last twenty years,” that rings the bell: though Springsteen allowed people to misinterpret “Born in the U.S.A.,” Lennon “suffered from no such ambiguity”—“there being no possible misunderstanding of his art.” Forget that when there is no possibility of misunderstanding, there is no art—the privileging of Lennon leads straight to a bemoaning of the fact that “in the post­modern contest,” even Lennon’s “Revolution” can he turned into a commercial and stripped of its revolutionary message, which of course it never had, since the song was against revolution, not for it. Well, socialist realists never did know what to make of rock ‘n’ roll (“it is too early, or too late, to throw out Pete Seeger,” Jhally and Angus say, summing up), though rock ‘n’ roll has always known what to make of them.