[Note: this piece was posted prior to the shutting down of Grooveshark in May 2015; the piece itself is intact, but the Grooveshark links have been removed.]

When Scott told me he was developing a website devoted to Greil Marcus’s writing, I immediately started thinking of a way I could weasel myself into the proceedings. Grooveshark, a streaming service (at least for now; it’s been taken to court), gave me the in I was looking for; when Scott started compiling a playlist of all the singles included in the Stranded discography, I offered to compile a parallel playlist of album cuts. My goal was to include one song from each album listed in “Treasure Island,” with no overlap with the singles playlist, a distinction that Marcus may have taken care of in advance—I’ve never systematically checked, but I don’t think any of the singles he chose appeared on any of the albums.Working backwards from Warren Zevon’s “Poor Pitiful Me,” I finished the playlist a few days ago. Two hundred and thirty-nine songs in all, one from every “Treasure Island” album—sometimes, for better sound quality, I pulled the songs from compilations rather than the albums proper. There’s one very conspicuous omission: you can’t find a single Beatles song on Grooveshark, nor can you upload anything by the Beatles yourself. I encountered the same problem with Van Morrison, but I was able to work around that by ID’ing a few songs I uploaded as being by “VAN” (uppercase), which links them to a Hungarian folk group who do something called “Bodrogkozi Szerelem,” which sort of sounds like something Van Morrison might sing when he starts scatting and speaking in Irish tongues. But there are so many Beatles LPs in the Stranded discography, and such a strong likelihood that anything I was going to upload would have been taken down immediately, I didn’t bother. An alternate way to hear Beatles songs is to go out and live in the world. They’re out there.

There were a few other times—bootlegs, stray compilations—where I got to something and thought, “I won’t be able to find this.” Hardest of all was Alan Freed’s Rock ‘n Roll Dance Party, a Coral LP from 1957. Literally nobody on Soulseek had it, an ominous start. Couldn’t find it via a Blogspot search, which was a good way to track down old albums a few years ago, less so now. Of all things, I found the whole thing posted on YouTube, so I was able to download it as one 30-minute file using Real Player, edit out a single track using Audacity, then upload it onto Grooveshark. Just like Alan Freed planned it when he used to sit in his Cleveland studio 60 years ago.

A by-product of putting together the playlist was that, after 30 years of thumbing through “Treasure Island,” I finally took the initiative to get hold of some of the albums that fell outside my usual listening habits. I won’t lie: I took the easy route of downloading them via a file-sharer. That’s in fact the primary reason why I didn’t buy certain “Treasure Island” LPs years ago; I simply never encountered them in my record-buying travels. I have never, for instance, laid eyes on a physical copy of Moldy Goldies: Colonel Jubilation B. Johnston and His Mystic Knights Band and Street Singers Attack the Hits in my entire life. But when I hooked up with Soulseek 10 years ago, that was one of the first albums I searched for, and I was burning it onto a CD within a matter of days. “Treasure Island,” or at least its more esoteric inclusions, was like a weird peek into the future of file-sharing 20 years before the fact.

(An opportune time to mention Hackamore Brick’s One Kiss Leads to Another, also one of the first albums I downloaded a decade ago, long before its recent rerelease—it was then still kind of a secret “Treasure Island” rumour, as Greil himself might put it. I didn’t get much out of it at the time, and though I burned [and shelved] the whole album, I didn’t save any individual songs on my hard drive. For the playlist, I looked it up online and quickly listened to a bit of each song. Still nothing. Without much enthusiasm, I went with “Someone You Know.”)

So Moldy Goldies and One Kiss Leads to Another I already had, but here’s the folder of stuff I downloaded before putting together the playlist—things I just wanted to hear so I could say, “Okay, I’ll put this song on, instead of this other one that’s more famous”:

Strange to listen to these albums for the first time after committing Marcus’s words on some of them to memory. Many fall into one of three categories—electric blues, reggae, or Van Morrison—the first and third of which I’ve often named as two prominent blind spots of mine. Having listened to all of them now, I don’t think I’m any closer to a feeling for electric blues—maybe a little closer. The one Muddy Waters song I put on the Grooveshark playist, “Louisiana Blues,” has an appealing drone to it, and I liked driving around to Sail On (a late-‘60s reshuffle of a ‘50s best-of) for a few days. Koko Taylor and Johnny Winter go right past me, though, ditto the non-electric but bluesy Roy Brown. With those albums, I think I deferred to whatever Greil singled out in the book. 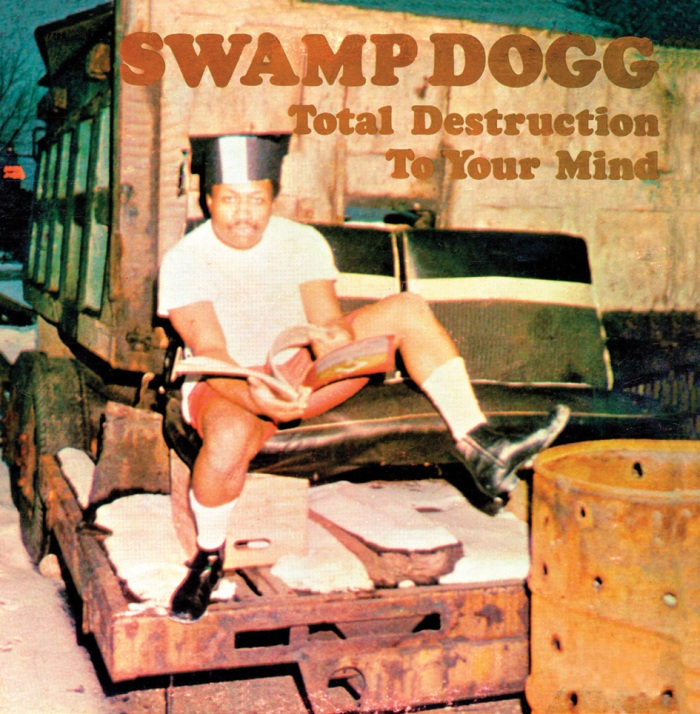 The biggest breakthrough I had was with Van Morrison. I’ve written about my ambivalence about Morrison elsewhere, so here’s the short version: never really took to Moondance or Astral Weeks in high school, didn’t give much else a chance after that. (Wavelength and Common One are the only other ones I have on vinyl; I’d hear the ‘70s singles on the radio, and they were okay.) But I found stuff I quite liked on every one of the four albums listed above, and Veedon Fleece was especially good driving down the Lakeshore between Burlington and Toronto one summer afternoon. I’ve spent the last couple of months bemoaning the fact that I never bought them all on vinyl when they were in every used store in the city for four or five dollars.

Almost all the rest of the albums yielded at least one song I felt good about putting on the playlist. My favourites: Swamp Dogg’s “The World Beyond” (dystopian sci-fi soul), Boz Scaggs’ “Sweet Release” (sounding very much like Van Morrison), Charlie Rich’s “I Can’t Go On” (already a big fan of The Fabulous Charlie Rich), Aaron Neville’s “You Think You’re So Smart” (his ‘90s stuff seemed kind of precious to me; this is beautiful), Mother Earth’s “Down So Low” (the kind of bluesy torch song I never thought I’d love in a million years—I do, I do), Steve Miller’s “Baby’s Callin’ Me Home” (the best kind of hippie spaciness), Chris Kenner’s “I Like It Like That” (always liked the single; the album’s my favourite of the batch above). And Graham Parker’s “Between You and Me,” which sounds very much like Van Morrison. One thing I’ve learned is that the whole world sounds like Van Morrison. 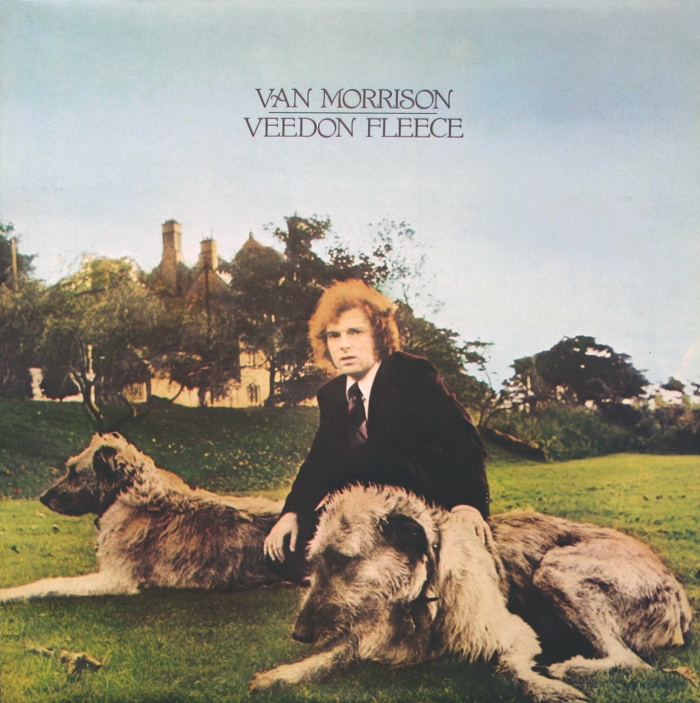 When it came to choosing songs for the rest of the playlist, there were different rules in play. If it was an album I didn’t have, and for whatever reason didn’t feel like seeking out, I’d either go with a song I knew and liked (“Feelin Alright” from Traffic) or audition a few songs on YouTube or Grooveshark and choose whatever sounded best (“I’m Not Ashamed” from Bobby Bland’s Two Steps from the Blues). If it was an album I had and knew well, and Greil singled out something in the book that I also happened to love, that’s what went onto the playlist. Examples: the Impressions’ “For Your Precious Love,” the New York Dolls’ “Human Being,” Buffalo Springfield’s “Rock and Roll Woman.” But if my very favourite songs on certain albums weren’t mentioned in the “Treasure Island” entry, I went with my own picks. I’d estimate they account for a quarter to a third of the playlist. Examples: “I Can’t Reach You” from The Who Sell Out, “You Got the Silver” from Let It Bleed, the Miracles’ “Way Over There,” Steely Dan’s “King of the World.” I would assume Greil thinks most of these songs are pretty great too, but I don’t know. One of the best accidents of this project was discovering a fantastic song tucked away on an album I bought years ago—found it in Rockford, Illinois, as a delete in the early ‘80s—and shelved after one or two listens: “I’m Up and I’m Leaving” from Manfred Mann’s Earth Band. (An album I associate even more with Christgau’s ‘70s guide.)

I should mention the one CD I ordered online as I neared completion: Captain Beefheart’s Trout Mask Replica. I had avoided that record for at least three decades. My first-year roommate in university had a copy, and though I can’t remember him specifically playing anything from it for me, I had a good enough sense of what the album might sound like—from reading about it (Langdon Winner’s essay included), from the copy of Doc at the Radar Station I bought at the time—to be close to 100% sure I wouldn’t like any of it. I can now report that a) I don’t like a lot of it, and b) I really like two or three songs. What I chose for the playlist: “Moonlight on Vermont.” No kidney stones, and it sounds just like—or something like—rock and roll.

I don’t know how long the playlist or Grooveshark will be around. Stranded keeps going.

Phil Dellio has a chapter on Greil Marcus and other critical influences in his new book, Interrupting My Train of Thought.