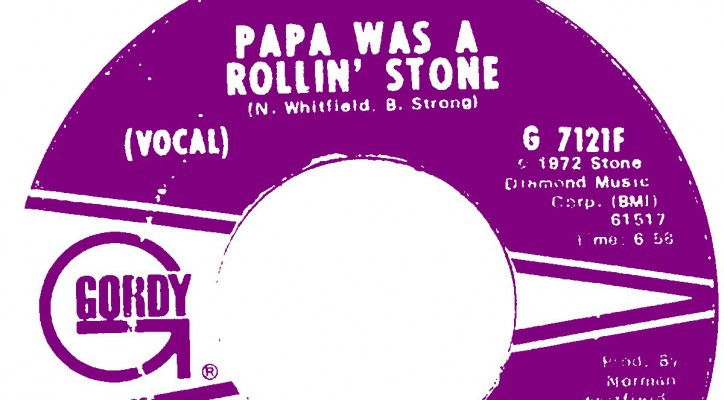 Some months after Riot was released—from the middle of 1972 through early 1973—the impulses of its music emerged on other records, and they took over the radio.

I don’t know if I will be able to convey the impact of punching buttons day after day and night after night to be met by records as clear and strong as Curtis Mayfield’s “Su­perfiy” and “Freddie’s Dead,” the Staple Singers’ “Respect Yourself” and the utopian “I’ll Take You There,” the O’lays’ “Back Stabbers,” War’s astonishing “Slipping into Darkness” and “The World Is a Ghetto,” the Temptations’ “Papa Was a Rolling Stone,” Johnny Nash’s “I Can See Clearly Now,” Stevie Wonder’s “Superstition,” for that matter the Stones’ Exile on Main Street (the white Riot)—records that were surrounded, in memory and still on the air as recent hits, by Marvin Gaye’s deadly “Inner City Blues,” by the Un­disputed Truth’s “Smiling Faces Sometimes (Tell Lies),” by the Chi-Lites’ falsetto melancholy, by Riot itself. Only a year before such discs would have been curiosities; now, they were all of a piece: one enormous answer record. Each song added something to the others, and as in a pop explosion, the country found itself listening to a new voice.

To me, the Temptations took the prize. Imagine—or simply remember—the chill of driving easily through the night, and then hearing, casually at first, then with interest, and then with compulsion, the three bass patterns, repeated endlessly, somewhere between the sound of the heart and a judge’s gavel, that open “Papa Was a Rolling Stone.” The toughest blues guitar you have heard in years cracks through the building music like a curse; the singer starts in.

More than one person I knew pulled off the road and sat waiting, shivering, as the song crept out of the box and filled up the night.

Four children have gathered around their mother to ask for the truth about their father, who has been buried that very day. They don’t know him; he was just another street-corner Stagolee. So they ask. Was he one of those two-faced preachers, mama—“Stealing in the name of the Lord?” A drunk? A hustler? A pimp? With another wife, more kids? They slam the questions into their mother, and all she can give them is one of the most withering epitaphs ever written, for them, as well as for him: “When he died, all he left us was alone.”