1. Wire, Snakedrill (Mute U.K. 12-inch)
Active in London from ’77 to ’80, this foursome sometimes played songs lasting under a minute, but even the longest were as gnomic as that gesture. A wash of repetition disguised careful sonic choices, and the edge of the music, and the moment, was never reduced, merely removed from the obvious: “I am the fly—the fly in the ointment” was Wire’s version of “I am an antichrist.” On Snakedrill, the band’s first recording in years, neither the sound nor the role-playing has changed. “‘A Seri­ous of Snakes,'” the best of the four tracks, starts off with some punning on “In-A-Gadda-Da-Vida,” and the title tells you who the Gardener is; weaving a dramatically modulated melody around the conceit, Wire seems as implacable, as mysterious, and as new as it did a decade ago. I take this to mean not that Wire was ahead of its time, but that Wire caught its time, and that time has stood still—that the chiliastic voice found in London in the first year of punk has hardly been answered, let alone superseded.2. Coolies, “Having My Baby,” from dig…? (dB)
After the singer professes his devotion to the point of delirium, there’s a spoken passage: the father to be lets it slip that, well, you may be having my baby, but, you know, “I still got two weeks left on my Greyhound card,” gotta go now, and, anyway, “You ain’t the only woman in town. Come to think of it, you ain’t the only woman in town who’s—“3. Communards, “Disenchanted” (MCA)
An LP’s worth of Jimmy Somerville’s falsetto gets irritating; here, his spirit goes as high as his pitch. 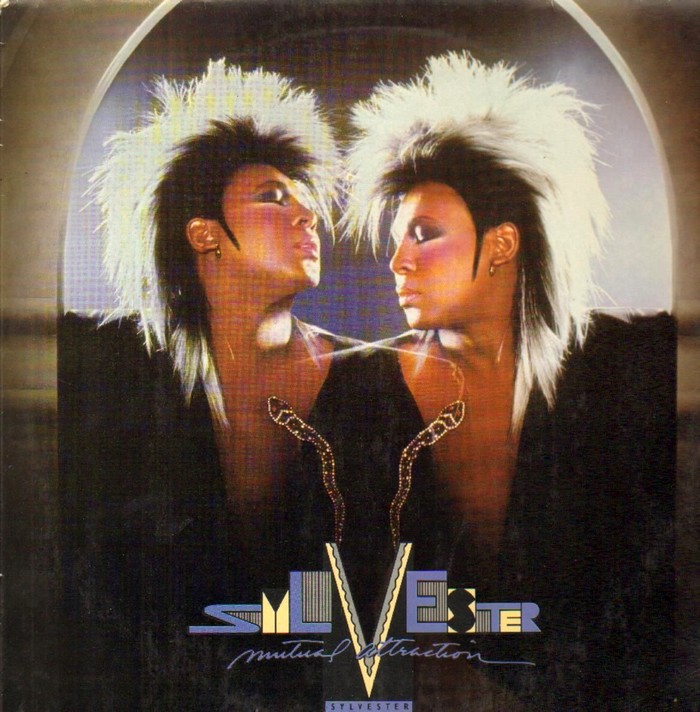 4. Sylvester, “Sooner or Later,” from Mutual Attraction (Warner Bros.)
A desanctified gospel stomp, until the last choruses, when instrumentation drops away and Sylvester begins to harmonize with two women. They reach a state of ecstatic distraction, words coming loose from prayers and functioning only as signals of sexual abandon. What you’re hearing isn’t just church singing, but an altar call.

5. George J. Sowden, “American, 1983” (Memphis Mi­lano, c/o Artemide, 150 East 58th Street, New York, N.Y. 10155)
In 1956, Ettore Sottsass signed a manifesto affirming that “creation can now be nothing less than a synthesis aiming at an integral construction of an atmosphere”; in 1981 he and others, including Sowden, formed the Memphis design group in Milan, naming it after Bob Dylan’s “Memphis Blues Again.” The group has lived up to that old manifesto with certain endlessly suggestive everyday objects, and this is one of them: it looks like a ’50s movie robot, tells time, and rocks around itself.6. Alphaville, “Jerusalem,” from Afternoons in Utopia (Atlantic)
German trio heads back to the ’60s to ask the musical question “What’s so fun­ny ’bout peace, love, and understanding?”

7. Jay Cotton & Gary Panter, Pee Dog #2 (Spooky Comics, P.O. Box 896, Commerce, Thxas 75428)
This is what’s so funny. “Blasphemy? Yeah, I guess you could say… ‘we’re into it,'” runs the intro to Cotton and Panter’s coprophiliac comic book—a visual equivalent of the Butthole Surfers—which begins with an exotic dancer emitting the Main Course of the Last Supper and ends with Jesus lugging his Cross up to Golgotha while reciting the complete text of “I Want to Know What Love Is.”8. Beastie Boys, “I’m Down” (tape)
The old Beatle screamer, scheduled for Licensed to Ill but chilled by new copyright owner Michael Jackson because of supposed bad language, this is circulating, even on the radio. On one bearing, it sounds more like the Beach Boys having fun with “Barbara Ann” than the bloody killer rape job you might expect.

9. Blind Boy Grunt & the Hawks, The Basement Tapes, Vols. 1 & 2 (Surprise bootlegs)
A few finished numbers missing from the official or common bootleg version of the fabled ’67 Dylan and Band sessions (the eerie “I’m Not There,” the corny “Sign on the Cross”)—otherwise, over two double LPs, lo-fi fragments and rejects. It’s all what it claims to be, save for four tracks the Hawks cut with Tiny Tim in rehearsal for the ’68 film You Are What You Eat (“Be My Baby,” “I Got You Babe,” etc.), and they’re the high point.

10. WFMU-FM, Lowest Common De­nominator, Fall ’86 (Upsala College, Fast Orange, New Jersey 07019)
Fan­zine trom the left-sidee dial spot (91.1) already described in these pages as “The #1 Choice of Lowlife Scum.” There’s an homage to Bobby Sherman, a poem about Vince Everett (Elvis in Jailhouse Rock), serious analysis of pop trends, and, completing our survey of contemporary religion, a summation of what it means to live in a world where God is dead, “JEAN-PAUL SARTRE FOR DODGE DARTRE,” a flyer apparently scavenged from a telephone pole in Seattle, which plumbs the black hole of existential vertigo even better than Sartre: “In my journey to the end of the night, I must rely not only on dialectical paths of reason. I must have a good solid automobile, one that eschews the futile trappings of worldly ennui and asks only for the most basic maintenance. My Dodge Dartre offers me this basic solace, and as interior parts fall off I am struck by the realization of their pointlessness. I may not know if the window is up or down. It is of no consequence.”