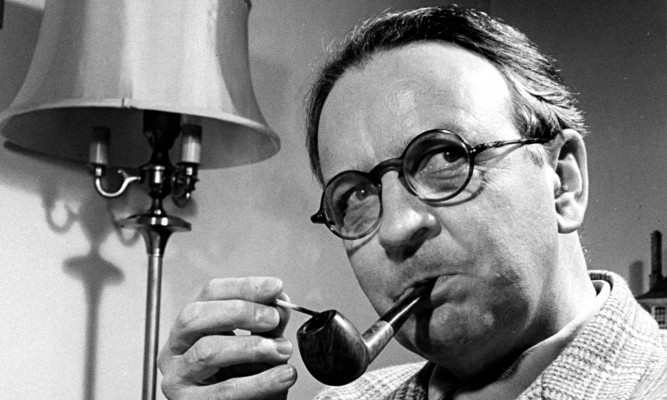 Raymond Chandler, along with Dashiell Hammett the finest American detective novelist, has gotten his due with Frank MacShane‘s The Life of Raymond Chandler (Dutton, 306 pp., illustrated, $12.50). Previous to MacShane’s book, if you wanted to find out about Chandler you had two sources: an embarrassingly bad biography by Philip Durham, Down These Mean Streets a Man Must Go (titled after what may be the most embarrassing line of prose Chandler ever wrote), and a posthumous collection of letters and a few essays, Raymond Chandler Speaking, which has been out of print for years. Though the latter volume is a delight, neither book provided much more than bits and pieces of the man. While MacShane may not give us Chandler whole (following his life of this erratic, mistrustful, obsessively out-of-place writer, however, it is hard to imagine that anyone will), one can read his study and, going back to The Big Sleep or Farewell, My Lovely or The Long Goodbye, find them richer than before, and yet unmarred by the shadow of biographical detail that often subverts the fictions of a novelist about whom we simply know too much.

There is a long tradition of American writers who are convinced that they cannot find a home in their country; Chandler too was part of this line but in an unusual way. Born in Chicago in 1888, he grew up in England and received a classical education in an English public (i.e., private) school. His values seem to have been formed there: an extreme sense of personal honor and rectitude intertwined with more than a vestige of Victorian sentimentalism; a snobbery and superiority that made him feel too good for this world and which probably drove him to make himself heard by others; and a love of the classics that let him see through the sham of effete culture and allowed him to appreciate the vitality and pugnaciousness of popular culture. When Chandler returned to the U.S. after World War I, he was far more British than American; for the next 14 years he ran small oil companies in Southern California, and went through long periods of alcoholism and infidelity (he had married his wife Cissy when he was 35 and she 53). Eventually it became impossible for him to hold a normal job.

Chandler had dabbled in strictly conventional writing in England; in California he read the crime pulps, and in the early Thirties, when Chandler was in his mid-40s, he tried his hand at the form. He worked for five months on his first story (most pulp fiction was written in a few days), which appeared in Black Mask in 1933.

Chandler’s work took its cue from Hammett’s earlier novels—Hammett invented hard-boiled detective fiction and certainly no one has ever written harder prose than he did in the best parts of Red Harvest and The Glass Key but it also came from Chandler’s feel for the America he met in Los Angeles, a place that had, to use a phrase of Chandler’s, “the smell of fear” on it. Hammett had worked as a Pinkerton detective and had done brutal things; Chandler was a neurotic out-of-work businessman. Hammett wrote what he knew; Chandler wrote what he saw, felt, heard, deduced and suspected: morality plays that took their life from detail, dialogue, humor, and a criticism of values.

Chandler had the aspirations of a classicist and the choice of popular art or nothing. The approved slick magazine culture of the time repulsed him, and not even because it was compromised, but because to Chandler such culture never had anything to sell out. MacShane’s book, full of quotes from Chandler’s endlessly quotable letters, is especially valuable in its development of the classicist/popular culture theme. Mostly, he lets Chandler carry the argument. Says MacShane, “He must especially have had Hammett in mind when he wrote: ‘The best writing in English today is being done by Americans, but not in any purist tradition. They [note that Chandler refers to Americans as “they”] have roughed the language around as Shakespeare did and done it the violence of melodrama and the press box. They have knocked over tombs and sneered at the dead. Which is as it should be.'”

By 1939, Chandler was publishing novels; The Big Sleep was the first. By the time he died 20 years later he had written only six more, and the last, Playback, is so inferior to the rest it pains me to count it. Yet Chandler did what “the Americans” did, which must have been most, if not all, that he aimed for. Whether he ever became an American is I suppose an open question; that his writing grew out of and has since worked its way back into the texture of American life is not.

Chandler’s books, plus short-story collections, are all in print in Ballantine paperbacks. Just published in a quality paperback, with a fabulous four-color movie poster cover, is Chandler’s only original screenplay, The Blue Dahlia (Southern Illinois University Press). The movie, which stared Alan Ladd and the timeless Veronica Lake (Chandler called her “Moronica,” but who cares), wasn’t great, and the script doesn’t read well (it was never meant to be read of course), but true-blue fans will have to have it. And Viking will be bringing out The Notebooks of Raymond Chandler & English Summer (the latter a Gothic romance dating from 1957, with drawings by Edward Gorey) in the fall. Now all that’s needed is for someone to make a decent movie out of one of Chandler’s books; there hasn’t been one since Howard Hawks’s The Big Sleep (1946, with a screenplay by William Faulkner, Jules Furthman and Leigh Brackett), unless you count Chinatown, which movie critic Michael Goodwin described as a Chandler novel you’ve never encountered before. The screenplay had a nice Chandler-style ending, too, courtesy of Robert Towne—at least until Roman Polanski torpedoed Towne’s finale with the same witless cynicism Robert Altman used to do his job on The Long Goodbye. Go see it anyway; or else read the books. They haven’t changed a bit.