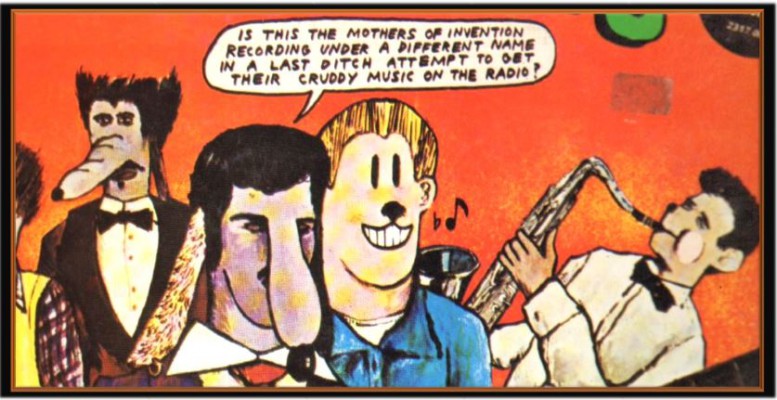 “Ruben Sano was only 19 when he quit the group to work on his car. His girlfriend said she would leave him forever if he didn’t quit playing in the band and fix up his car so they could go to the drive-in and make out.”
– Verve Records Vault Research

“Darling hear my plea…”
– The Pleas

A few miles outside of Detroit, just about ten years ago, was a little town consisting of twenty-five hard working souls, a gas station, a church, and six cops—who were there to hassle Jack Scott’s Dance Ranch and the eight hundred teenagers who showed up every weekend. Most guys went there to dance with and to pick up the chicks that weren’t picked up by the pachukes with the tattoos and the little scar-crosses on the backs of their hands. Kids who weren’t that tough came to dance close and watch the pachukes play pool and also to cheer them from a distance when they’d stare down the cops or fight the locals.

It might as well have been Ruben and the Jets that used to play there almost every weekend. Though no one thought they were any good, no one cared, because Ruben and Natcho and Louie and Nana and Chuy knew enough to keep playing no matter if people were cutting each other with broken booze bottles, or actually fighting. One night, when everybody was juiced out of their skulls, the fat cop and his five buddies snuck into the Dance Ranch and pulled out the plug to Ruben’s amplifier. The six cops had almost made it out the door when they disappeared under scores of pool cues, boots, bottles, and fists. The kids, totally blasted, dragged the unconscious cops out to their car, handcuffed them, and drove the squad car to the police station and left it there. It was one of the greatest nights in rock and roll history. The next day the State Police showed up, nailed the Dance Ranch closed, and left it to rot, as it does to this day. Things had gone too far—or at least, Ruben and the Jets no longer had a place to play.

But their music lives on. Years later, Ruben and the Jets have somehow gotten transmogrified into the Mothers, who’ve finally waxed all those great unforgettable and unrememberable songs that are always just on the tip of everyone’s tongue. We tried for years, but we could never quite remember all of “Cheap Thrills, all over the seat/Cheap thrills, your kind of lovin’ can’t be beat…”

Or Ruben’s great tribute to Chuck Higgins’ classic “Pachuco Hop,” his own “Jelly Roll Gum Drop,” a tune that contains one of the shittiest chord changes in the history of the recording industry: “You know I wish I might/Get a tiny bite/Of your… Jelly Roll Gum Drop.” All thirteen cuts are great, right down to the last boppa dooaydoo (except that the drums and bass are played with a little too much imagination, something that can be corrected by playing the record in mono or on a Macy’s phonograph).

You can see where Dion and the Belmonts got it from—just listen to “Deseri,” especially the dramatic spoken monologue with its echoes of crippled Don Julian and the Meadowlarks: “Deseri, the first day we met/I’ll never forget/I saw you walking down the street/ And my heart skipped a beat…” (As a favor to people who like to analyze lyrics but don’t like to listen to music, all the words are printed on the cover!) Not to mention the lyric roots of at the Mark Denning-“Teen Angel” songs of the late Fifties, obviously a cop from Ruben’s classic “Stuff up the Cracks”: “Stuff up the cracks/Turn on the gas/I’m gonna take my life…” Cool.

If you were there, you’ll love it. “The present-day Pachuco refuses to die!”