In 1969, when I first heard of Nik Cohn’s then-forthcoming book on rock ‘n’ roll, the news made me nervous: I had a now long-forgotten book of my own on the subject coming out around the same time. “How is it?” I asked Rolling Stone photographer Baron Wolman, who’d taken the pictures of Tina Turner and Little Richard included in Cohn’s blazingly imaginative photo insert—in those days British designers were ruling the world. “Well,” Baron said, “it’s very opinionated.” “Yes,” I said, “but is it any good?” “Well, it’s very opinionated,” he said. I had no idea what he was talking about; I thought critics were supposed to be opinionated. But when I finally got my hands on Cohn’s book—called Rock from the Beginning in the United States and Pop from the Beginning in the United Kingdom when first published, later re-titled Awopbopaloobop Alopbamboom in both countries—I saw what Wolman was getting at.

I was a fan of Pauline Kael, a fearless, free-swinging film critic, but I’d never read anyone like Cohn. It wasn’t just that he devoted whole chapters to such marginal or dubious characters as Eddie Cochran and P. J. Proby. Cohn brought them and everyone else he wrote about, heroes and villains alike, into a single grand, overarching, coherent, inclusive and exclusive notion (Cohn would likely blanch at the real word, “theory”) of what pop music was. And it wasn’t just that Cohn had a theory: it was that, writing with a hipster combination of engagement and distance, Cohn could make you almost desperate to share his enthusiasm and his disdain. It didn’t matter if you’d never heard of his subject for celebration, or worshipped the object of his contempt: in his pages, at a time when pop music seemed a triumphant and finished thing, all bets were off. The story was being told for the first time—and with a flair which (despite the intimations that Cohn had over the previous years been in six places at once and witnessed everything first hand) suggested that Cohn was making it all up as he went along, just as the singers and musicians and businessmen racing through his book had made it all up as they went along.

Even in 1969—or when he revised and updated his book a few years later—Cohn wrote in a vaguely jaded, been-around-the-block-and-back tone of voice, and it was precisely a world-weary dissatisfaction that made the sense of adventure in his writing palpable. Once, Cohn seemed to be saying on every other page, anything was possible. “Anarchy moved in,” he wrote of the mid-fifties, of the emergence of Little Richard, Elvis Presley, Jerry Lee Lewis, and the countless unexpected voices that followed:

For thirty years you couldn’t possibly make it unless you were white, sleek, nicely-spoken and phoney to your toenails—suddenly you could be black, purple, moronic, delinquent, diseased or almost anything on earth and you could still clean up. Just so long as you were new, just so long as you carried excitement.

You could try anything, Cohn was saying—and as his story opened up it became a story about how everybody did. It became an epic of small-time hustling and Olympian mastery—Phil Spector as the titan in elevator shoes with one foot in each domain—a tale that, Marx to the contrary (“Hegel remarks somewhere that all facts of great importance in world history occur twice. He forgot to add: the first time as tragedy, the second as farce”), began as farce and soon enough set the stage for its own kind of tragedy. As Cohn wrote of Spector, and every other young man or woman who once, twice, even a dozen times came out of nowhere with a tune or an idea or a look that could be made into a record and in so doing brought delight and passion not only to their own lives but to those of so many who heard them: “When you’ve made your million, when you’ve cut your monsters, when your peak has just passed, what happens next? What about the fifty years before you die?”

To Cohn, then, real pop music was not about careers, about canons, about aesthetic accomplishment—though it was about the sublime. Real pop music redefined the sublime as a moment of arrival, a moment of disappearance—it redefined the sublime as a matter of timing. Pop music was about flash, glamor, excess, about self-invention and self-destruction. It referred back to nothing—or, if pop ever did refer back to something, it lied and said it didn’t, and believed itself. Pop was about fantasy—the artist’s, the fan’s, the fan’s fantasy of the artist, the artist’s fantasy of the fan; it was about how to take such fantasies at full value while they lasted. Thus in such a schema Screamin’ Jay Hawkins counted for more than Bob Dylan, and a few singles by the Who for more than the Complete, Collected, Concordanced Works of the Beatles. Buddy Holly is a jerk: he looks like a dope, sounds like a dope, and if he’d lived no one would remember his name, and if you have a problem with that, Mister, we can step outside and settle it, right now… 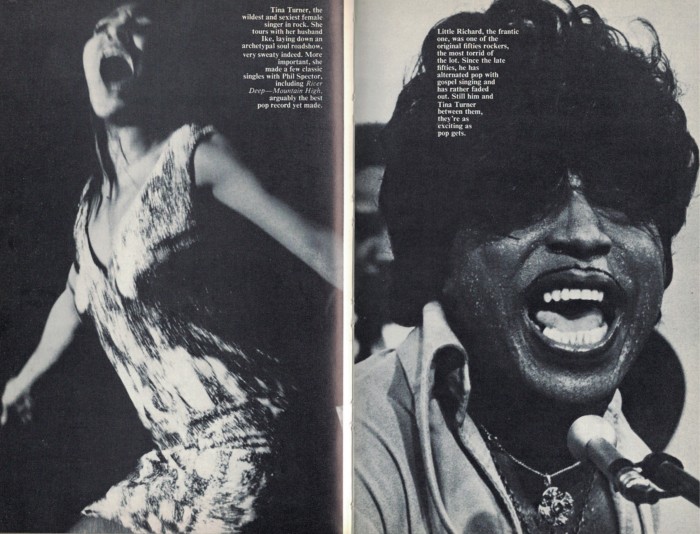 Reading, you can at any time feel as if you’ve slipped out of this book and into Treasure Island, out of the late twentieth century and into the eighteenth—here managers are pirates and singers are cutthroats, beggars, and whores impersonating aristocrats when they’re not nice middle-class people impersonating cutthroats, beggars and whores. Business is plunder when it isn’t pedophilia; art is appetite when it isn’t a decent way to kill time. The result is not a diminution of the pop romance but, really, its literary invention. As Cohn moves his story through the years, a sense of loss and corruption takes over: the corruption in which predictability replaces ignorance, expectation replaces chance, a forty-year career replaces saying your piece and disappearing whence you came, craft replaces inspiration, and rationality replaces stupidity. Even before Cohn gets to 1966, the golden days always seem somewhere back over that last hill. And, as this book ends, it was all over more than a quarter century ago.

But the book doesn’t read like a history of a time that passed, of finished events and dead people; despite the wealth of detail and color Cohn can pack into a few paragraphs on producer Bert Berns or singer Charlie Rich, his book reads like the biography of a spirit, or an idea. It’s an idea best summed up by Pete Townshend, a friend of Cohn’s who learned a lot from him, perhaps including this bit of theory, taken from a Rolling Stone interview conducted by Jann Wenner, backstage at the Fillmore Auditorium in San Francisco in 1968:

It’s like saying, “Get all the pop music, put it into a cartridge, put the cap on it and fire the gun.” Whether those ten or 15 numbers sound roughly the same. You don’t care what periods they were written in, what they mean, what they’re about. It’s the bloody explosion that they create when you let the gun off. It’s the event. That’s what rock and roll is. That is why rock and roll is powerful. It is a single force. It is a single impetus and it’s a single force that threatens a lot of the crap which is around at the moment in the middle class and in the middle-aged politics or philosophy.
It blasts it, out of its sheer brashness, its sheer realisticness. It’s like suddenly everybody getting hung up on a bum trip: mother has just fallen down the stairs, dad’s lost all his money at the dog track, the baby’s got TB. In comes the kid, man, with his transistor radio, grooving to Chuck Berry. He doesn’t give a shit about mom falling down the stairs. He’s with rock and roll.
That’s what rock and roll says to life: It says, you know, I’m hip, I’m happy, forget your troubles and just enjoy! And, of course, this is the biggest thing it has to offer. At the same time it can have content if, if one desires content in something as incredible as it is already. The rock and roll songs I like, of course, are songs like “Summertime Blues.” It says everything: don’t have the blues, it’s summertime, summertime, you don’t get the blues in summertime. There is no such thing. That’s why there’s no cure for them.

Now, ignoring the perfect Wittgensteinian twist in the last sentence, one can say that such a spirit, or idea, is utterly adolescent (or not even adolescent, merely childish); that it is puerile; that it is irresponsible—all of which is true. But it is just this theory that makes Nik Cohn’s book not only an unmatched history of pop music, but the founding work of pop philosophy. Any great pop record made at any time will contain Pete Townshend’s argument; any such record will make that argument. Little Richard’s “Tutti Frutti” makes that argument; so does Nirvana’s “Smells Like Teen Spirit.” As I write, I am listening to Sleater-Kinney’s The Hot Rock, the fourth album by an all-female punk trio from the Pacific Northwest. The first song on it, “Start Together,” seems in the moment to take the argument farther than it has ever gone before—farther than Chuck Berry took it with “Johnny B. Goode,” farther than the Beatles took it with “Money,” farther than Martha and the Vandellas took it with “Heat Wave,” to stay within the time frame of Cohn’s story as he tells it.

Now, that is probably not true. But that is the illusion which inspired Nik Cohn, and which leaves his book as inspiring in its own right as it was the day it was first published: the illusion that with every good song the world begins all over again, the slate wiped clean, all triumphs present, all defeats in the future.