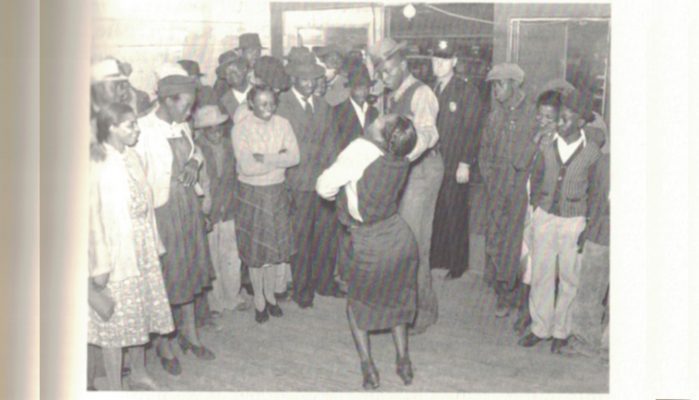 In 2011, more than eighty years after Geeshie Wiley last had her name affixed to a tangible object, the Mekons, in 1977 a Leeds punk band and in their present-day incarnation a Chicago-centered group that can touch seventeenth-century British Ranters with one hand and Patsy Cline with another, took up the song them­selves. “Jeff Tweedy”—the leader of the band Wilco—“played me the original Wiley tune,” Jon Langford of the Mekons said later, “and we both scratched our heads about it.” Langford played it for Lu Edmonds, the cadaverous Mekon who plays guitar and, it can seem, every other stringed instrument on earth. “We set about trying to imitate the extremely non-intuitive structure of the song,” Langford said. “It changes where you least expect it and to our sad punk rock brains was like some weird ancient effortless math rock… Once we’d deciphered it enough to play it (and it actually is quite regular). Lu pro­ceeded to chop it up into even more followable chunks.” “The lyrics,” he said, “were a sort of jigsaw puzzle betwixt me and Timms”—Sally Timms, the Mekons singer, at bottom an amoral country singer—“and if they are in tune with the words of the original that is further mystic magic and reptile brain thinking.”They called the song “Geeshie.” It has a high-stepping “Frankie and Johnny” ragtime beat. There is piano leading, then fiddle and me­lodica, with Timms on all sides of the story, as if she’s seen all around it, as if she’s looking back. “While there’s still time” is the theme of the song, and the words on their own are threatening. The way Timms sings them—“While there’s/still/time”—is placid, fatalistic, unconcerned. “It is my intention to forget,” she sings, looking whoever might be listening straight in the eye. “While there’s still time I’ll stand outside of this. While there’s still time I’ll resist your point of view. I’ll dance around the ring while there’s still time.” The song goes on—but does anyone need more than this?