Further to the announcement made here last November, G.M.’s upcoming book about The Great Gatsby is officially released on April 28. In Under the Red White and Blue –

Marcus follows the arc of The Great Gatsby from 1925 into the ways it has insinuated itself into works by writers such as Philip Roth and Raymond Chandler; found echoes in the work of performers from Jelly Roll Morton to Lana Del Rey; and continued to rewrite both its own story and that of the country at large in the hands of dramatists and filmmakers from the 1920s to John Collins’s 2006 Gatz and Baz Luhrmann’s critically reviled (here celebrated) 2013 movie version—the fourth, so far.

A new Bloomsbury edition of Greil’s book-length essay on John Frankenheimer’s The Manchurian Candidate (originally published as part of the BFI Classics series) will be released in May. Freshly designed with new cover art, “this edition includes a new foreword highlighting the movie’s terrifying contemporary relevance in the age of Trump and Russian interference in the US Presidential election.” 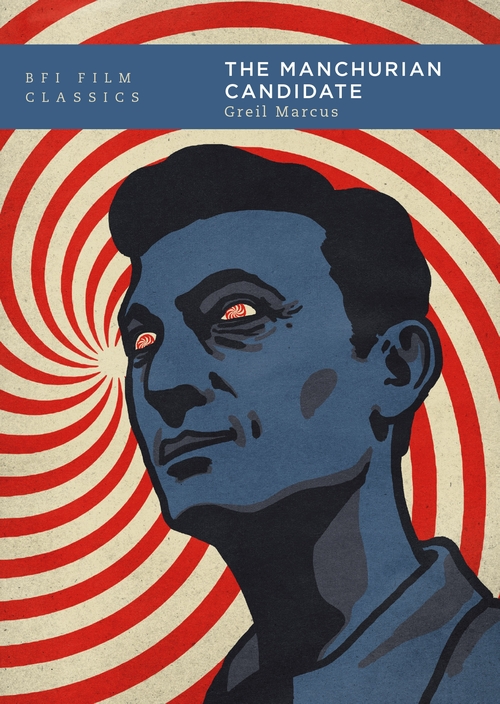 Finally, the Folio Society, renowned publisher of “beautifully crafted, imaginative editions of the world’s great works of fiction and non-fiction,” will be issuing their version of Mystery Train, also due this spring. More info forthcoming.

One thought on “Book news x 3”