1. Andre Braugher: in Homicide–Life on the Street, “Three Men and Adena” (NBC, March 3)
For decades now, scripts of one version or another of The Robert Johnson Story have bounced around Hollywood (though the closest anyone’s gotten to an actual movie was John Fusco’s putrid Crossroads, shot in 1986 by Walter Hill). Every conceivable black actor or singer has been mentioned for the role of the ’30s Mississippi bluesman, but the search can stop now. It’s not only that Andre Braugher, playing a Baltimore homicide detective, looks enough like Johnson to be his son. It’s not that when Johnson’s trail (cold since his death in 1938) was finally picked up in the ’70s it led to Maryland, where Johnson’s sisters lived–thus making it possible that Braugher’s detective could be, in character, Johnson’s great-nephew. (I know he says he’s from New York in this episode; that’s just to confuse the suspect.) As an actor, Braugher draws on the qualities of restraint, thoughtfulness, and jeopardy that animate Johnson’s greatest songs. Were “Come On in My Kitchen” playing on the soundtrack as Braugher tries to lead the suspect into a trap, no one would notice that the dates of the recording and the drama were 57 years apart.

2. Joe Dante, director, Charlie Haas, writer: Matinee (Universal Home Video)
With John Goodman having a great time impersonating ’50s/’60s movieschlockmeister William Castle opening a new horror flick in South Florida during the Cuban Missile Crisis (it’s “Mant–Half Man, Half Ant”; bits are featured in Matinee proper, but the video will include the complete, 20-minute version shot for continuity), you get A-bomb radiation coming at you from both sides. The movie’s tremendous fun. What’s most interesting, though, are the tendrils of alien culture nibbling at the corners of the frame. A Beat couple arguing about the First Amendment, their Ban the Bomb daughter busting up a high school air raid drill, a clean-cut kid with a secret Lenny Bruce record, a J.D. with a D.A. and a switchblade he’ll hold to your neck to make you listen to his poetry, and the weird question that hangs in the air, “Where are the Negro kids?”–in every case, portents of a culture, in both senses of the word, that the all-white world of Key West can’t completely stop. But if this is subversion, where is rock ‘n’ roll? Back home in the bungalow, just keeping time (it’s the Tokens, doing “The Lion Sleeps Tonight”)–no more threatening than a metronome.

4. Melodians: Swing and Dine (Heartbeat reissue, 1967-75)
Jamaica’s finest: a floating sound, kicking off with a tune about Expo ’67, a search for a smile, but with an undertone of regret over something far too great to put into words.

5. Rosanne Cash: The Wheel (Columbia)
In the last few years it’s been incumbent upon female singers even one step away from punk to expose themselves if they want serious sales action. Posing in a bra will do, but a discreetly naked chest is better: witness Melissa Etheridge, Sade, and now Rosanne Cash, the Jennifer Jason Leigh of pop music–a supremely talented, dedicated artist who knows what trouble is worth. Why we need proof–as opposed to an until-proven-otherwise assumption–that a given singer has breasts is unclear, unless what’s really going on is a need for proof that any female singer can be made to whore for her label or her listeners. Presumably it’s working for Cash: Entertainment Weekly splashed The Wheel‘s insert pic–Cash flat on her back, roses on her breasts, come-hither smile on her lips–over a full page.

You wouldn’t deduce such a move from the music. As a singer, Cash retains a dignity that seems located more in her songs than in any persona; her fervor is undiminished. The title track, a mostly elegant composition, opens without warning into realms of delirium. Still, despite the slow, smoky “Seventh Avenue” and the off-the-beat realism of “The Truth About You,” as the disc plays you can feel Cash holding more and more of herself back. By the time she reaches the last cut, “If There’s a God on My Side,” the music doesn’t end, it just stops. 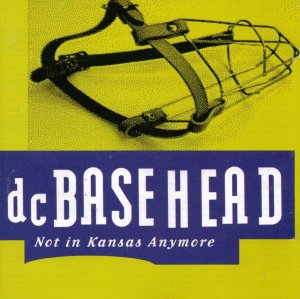 6. Basehead: Not in Kansas Anymore (Imago)
As on the 1992 Play with Toys, Michael Ivey redefines hip-hop philosophy, placing above all others the question of whether it’s worth getting to one’s feet and leaving one’s apartment–and if it is, why. After an opening in a C&W club where Basehead, presumably booked by mistake, introduces its first number as “a song about the problems that the white male has to face in America today” (the song consists of about two seconds of fuzztone), Ivey meanders, drifts, and complains about sex, police harassment, racism, oblivion, girlfriends, boredom, and drive-by shootings, until each sounds most of all not fun and he sounds like someone you’d love spending time with. Who knows, maybe the whole thing’s one long personals ad. So you play the record again, maybe wondering about the empty dog-muzzle on the cover. That is, if it’s for Toto, where’s the dog? But by then you can already feel the bite.

7. Bob Dylan: on Guns N’ Roses’ cover of his “Knocking on Heaven’s Door,” in The Telegraph 42 (Summer 1992)
“Guns N’ Roses is OK, Slash is OK, but there’s something about their version of that song that reminds me of the movie Invasion of the Body Snatchers. I always wonder who’s been transformed into some sort of clone, and who’s stayed true to himself. And I never seem to have an answer.”

8. Ishmael Reed: Japanese by Spring (Atheneum, $20)
A bitter, hilarious novel about multiculturalism, where a Japanese concern buys the failing Jack London College in California in order to, among other things, change Ethnic Studies to “Barbarian Studies,” and one Chappie Puttbutt, a would-be Clarence Thomas who’s just been turned down for tenure despite years of kissing white ass, suddenly finds himself fronting the show. Reed himself enters in the last pages to settle a few scores; like a retired gunslinger forced to take on some rough business before the big church social, he finds himself wondering if there was “no end to the sacrifices he would be called on to make on behalf of Western civilization.” Given that this self-described “mongrel” (“African, French, Irish, Cherokee”) has made it his mission not so much to change that civilization as to lead others to see it for the crazy quilt it already is, the answer would have to be no. Reviewers would love Reed to keep to his supposed place as an African-American novelist, but it isn’t his place and he’s never stopped there long enough to do more than kick down the fences around the plot. He’s an all-American writer now moving into world beat, and there’s no telling what story he’ll tell next, though I’d love to see him send Jean-Bertrand Aristide back to Haiti. The way things are going, that may be the only way Aristide’ll get there.

9. Elvis Costello and the Brodsky Quartet: Davies Hall, San Francisco (March 15)
I had to drag myself back to The Juliet Letters (Warner Bros.), Costello’s song cycle with the UK’s version of our Kronos Quartet, and the live version revealed why: the Brodskys are not exciting. The songs disappear into predictable arrangements and bland orchestrations. But onstage, surrounded by a crowd alternately polite and hysterical–almost a Randy Newman crowd in its self-congratulatory enthusiasm–Costello the singer took over. He’d never given himself so much range; he’d never been more musically playful. On the encores, the Beach Boys’ “God Only Knows” sounded just right next to Kurt Weill’s “Lost in the Stars.”

10. Rosey Golds: “Reader, I Married Him–Priscilla as Gothic Heroine,” in Perfect Beat 2 no. 1 (c/o Phil Hayward, Perfect Beat, School of English, MacQuarie University, 2109 Australia, available in July, $10 cash or check)
You got it–Priscilla Presley is Jane Eyre, but is Mrs. Rochester Gladys or Elvis? Originally delivered as a breathless talk in Sydney last year, Golds’ essay ranges over the whole corpus of the genre for metaphors and familiars (Col. Parker turns up as Dr. Frankenstein), but from start to finish it soars with the extremism, the passion and fear, the corny apocalypse, of your favorite Gothic novel. Happy ending, too. Sort of.