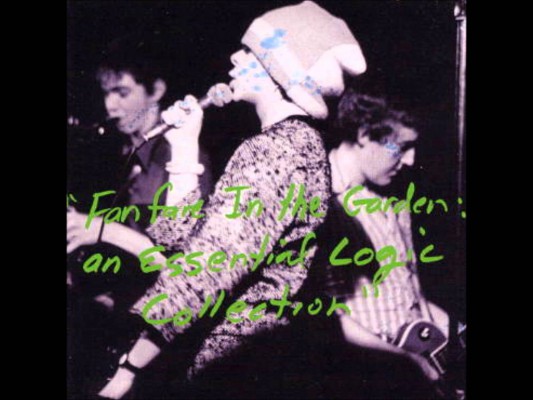 Punk promised that you could become a new person. You could live a new life in a new world—and to live in it you needed a new name. It was late 1976 in London when 15-year-old schoolgirl saxophonist Susan Whitby answered an ad placed by a would-be “punk” band in the now defunct Melody Maker. The band turned out to be X-ray Spex, led by one Poly Styrene, who had left “Marion Elliot” on the sidewalk. Susan Whitby became Lora Logic.

Without such a perfect name, would there be a story to follow it? Punk wasn’t supposed to be “logical”—it wasn’t supposed to make sense. The name set Lora apart, even as it brought her into the fold. It suggested a certain reserve, a step back, a raised eyebrow.

As Lora Logic lifted her horn and dove, along with the rest of X-ray Spex, into Poly Styrene’s songs (“Oh Bondage! Up Yours!,” “I Am a Cliché,” “I Am a Poseur,” “Art-i-ficial,” “Identity”—every one a critique of the world at large and the punk world spinning with it, something you can hear from the studio and the stage on the retrospective Germfree Adolescents: The Anthology)—that eyebrow never came down. When Lora was pushed out of the group—two women in one band, Poly Styrene felt, was one too many—and set about finding her own music, it jiggled.

In 1978, Lora formed Essential Logic and made “Aerosol Burns,” which the ambitiously independent label Rough Trade sent out into the world. There was an EP on Virgin in 1979, headed by a fire alarm of a song called “Wake Up.” It’s one of the few with Lora Logic’s name on it that is not playful. A sense of danger and desire runs through the music like a wire: time is running out. A second version, from the 1979 Essential Logic album Beat Rhythm News on Rough Trade, began with a wink, all but mocking the words and the doomsday density of the first recording: there’s all the time in the world.

Lora began almost every vocal singing high, her voice shaking, the shaking becoming a style, a point of view; then often her voice thickened, and she seemed to suck the fast pace of her band into her own doubt, or bounce it off her own frustration. With a small guitar-bass-drums ensemble, her saxophone set the scene or led the sound out of its circle—led it like a beckoning finger. “Aerosol Burns” leaps with a stop-time dance beat, the vehemence of a woman insisting she will be as unexpected, as unwanted, and move as quickly, as she pleases.

As the band hammers on, the saxophone seems to come from another record, another place. With Essential Logic, you weren’t going to get your bearings. A song could seem to fall into a rut where idiosyncrasy was indistinguishable from predictability; then a break or an ending would have the music speaking a completely different language. What? Where? Who? Did that happen?

Lora was on the edges of an experimental, avant-garde scene at Rough Trade, at the end of Kensington Park Road, adding sax to a cut on the first Raincoats album, appearing with cult outfits Scritti Politti or Swell Maps, moonlighting in Mayo Thompson’s reconstituted Red Crayola, a group that in name went back to the Texas acid wars of 1967—and that, in 1980, working with the London critical theorists gathered under the name Art & Language, was exploring territory Lora couldn’t reach on her own.

You can hear her beginning to run out of ideas, or enthusiasm, on Pedigree Charm, an album released under her own name in 1982; on Red Crayola’s 1981 Kangaroo? with “An Old Man’s Dream,” she is absolutely unfettered, singing as if she’s flying over the band, all but pulling it into the air with her.

There’s a freedom that comes from working with other people’s ideas, singing someone else’s words: you can disappear, then reappear as if you can see the world and it can’t see you. That’s what happens on the jittery, drifting “Born in Flames,” a 1980 Red Crayola/Art & Language single, the title song from Lizzie Borden’s film about feminist revolution.

A note echoes on a piano; singing in her highest, most unstable register, Lora steps across the lines of the tune as if she’s tip-toeing over bodies—daintily, and a little crazily. “We are born in flames,” she trills—and then the last word is taken even higher, floating off into the air like a balloon filled with helium, no longer any kind of word. She turns around—you can hear her reverse position, as if in the studio there’s a mike in front and a mike in back—and begins to shout, grabbing you by the lapels. “Of America’s mysteries/ None remain!” she insists, but the mystery of who the singer is, what she wants, why she’s here, is what remains. Words jump in her voice—“brutality”, “we broke the hidden tyranny”, “for which we stand”, “brings us to our knees”—but they fly off her body. 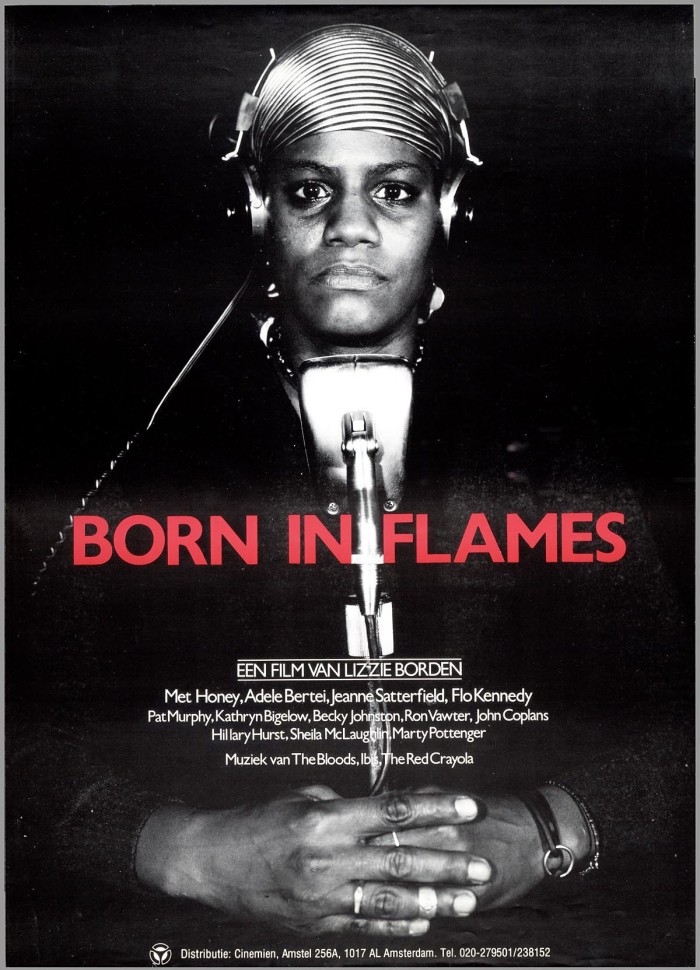 Lora sings not as if she’s recording for a film but trapped in one: trapped because she has glimpsed a liberation. Like the actress Miou-Miou, looking back on her life as a teenage seamstress in Paris, at the time of the uprisings of May 1968, remembering that she had the strangest thought, that a revolution demanding “Change life!” “might have something to do with me”, in “Born in Flames” the singer has been given a glimpse of a self she didn’t know she had.

In the years that followed, Lora went into the world of Hare Krishna. In 1995, she worked with Poly Styrene for the X-ray Spex album Conscious Consumer. In 2000 and 2002, numbers recorded a few years earlier under the name of Essential Logic were posted on the internet. They were different. They spoke of a sense of life in which there is all the time in the world, because time has run out.

That is what I hear in “The Beautiful and the Damned,” made in 1997, with guitars, keyboards, bass and drum beats by Martin Muscatt. Lora’s saxophone, playing very quietly, in a long, dizzying moment against a guitar solo run backwards, seems to come from a faraway place; regret, waste and despair are in every note. The voice of the instrument, which barely takes shape before it slips away, gives you a face, and perhaps a picture of a woman sitting in a room no one else is allowed to enter; the voice of the singer puts the woman in a rocking chair.

Throughout, there is a tiny guitar riff, buried deep in the sound, as if it were leaking in from some other recording, that counts a cadence of absolute loss: da da da daaaaaaa… and as the song ends the saxophone plays against this, too. Against it: there is a reverie in the notes Lora plays that time can’t reach, let alone stop.

Always, Lora Logic has made odd music. A punk band wasn’t supposed to have a saxophone in 1977. In 1980, avant-garde post-punk artists on Rough Trade didn’t sound girlish, as if they knew a secret they’d promised not to tell. In Red Crayola, no one else knew how to sing as if there were secrets they didn’t know. In no time have many people been able to leave their time, giving you the feeling that the war raging outside your door is not real. But punk was, as Lora Logic put it last year, a time “when a lot of people could get heard”.

“You know,” Lou Reed once sang over a horrifying Waltzing Matilda beat, “some people got no choice and they can never find a voice to talk with that they can even call their own, so the first thing they see that allows them the right to be why they follow it; you know it’s called—bad luck.”

It was 1978, on Street Hassle, just as Lora Logic was first putting her voice on tape for “Aerosol Burns.” It was a time when a lot of people discovered they had a voice they themselves could hear, even as at least a few other people listened in, and her music comprises a history of one of those discoveries.