For reasons obscure to me, more books on rock & roll have come out this spring than in any season I can remember. In fact, I’m beginning to receive letters from graduate students who want help with their books on rock criticism. None of that ilk has yet made it into print; for a sample of what’s now in the stores, see below.

→ Mersey Beat: The Beginnings of the Beatles, edited by Bill Harry (Omnibus Press, 96 pp., illustrated, $4.95 paperback). In the early Sixties Harry published Mersey Beat, the fabulous Liverpool pop fortnightly that defined the scene from which the Beatles emerged. For this well-made, oversize volume he has compiled facsimile pages from 1961-64—included are many samples of Beatle prose, breathless news breaks, hundreds of ads (“PERFORMERS? Why let bad nerves, vocal strain, bad diction ruin a promising career?”), and polls won by now-forgotten groups and the upshot is as authentic a document as rock publishing has produced. Most interesting is the way Harry, in the early Sixties, managed to convey the sense of a world in which pop was the only reality—and, if you read between the lines, the way his book demonstrates how the success of the Beatles blew up the world until it burst, turning something like a living community into a parody of itself. Oh, but it must have been fun while it lasted!

→ The Making of Superstars: Artists and Executives of the Rock Music World, by Robert Stephen Spitz (Anchor, 315 pp., $8.95). Spitz has a range of gosh to wow, but some of his interviews with rock kingpins (agent Frank Barsalona, promoter Ron Delsener, and the ubiquitous Don Kirshner) are worth reading, if only because it’s nice to know what people are doing with your money. Or what they say they’re doing.

→ A Decade of the Who: An Authorized History in Music, Paintings, Words and Photographs, edited by Ted Dicks (Fabulous Music/Music Sales, 239 pp., $9.95 paperback). An uninspired piece of work, albeit very inclusive. The sole gem is a frighteningly intense interview with Pete Meaden, the road manager of the Who in their High Numbers days. Twelve years after, he’s still living in his small moment of the pop past—a world in which masturbation was an act of freedom, because it released you from dependence on other people; a world in which clothes weren’t fashion, they were life. “You see,” Meaden says, “when you’re a Mod… the shoes have to be just right, you do understand that? The detail is like custom built, b-i-l-t–custom built—and you shoot a man if his shoulder pads are wrong, you know? You just don’t go back. You just look at him and you feel ill, you know? ‘Cos he’s done something wrong. Something’s so precious to you that somebody else has abused.” Meaden’s schizophrenic use of the present tense notwithstanding, the most unsettling news A Decade of the Who has to offer is that My Generation is out of print—which suggests that the real enemy is someone other than the guy with the wrong shoulder pads. 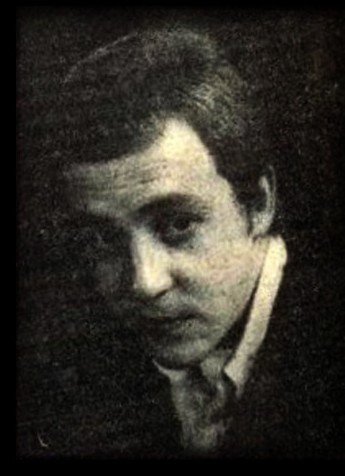 → The Book of Rock Quotes, compiled by Jonathon Green (Omnibus, 126 pp., illustrated, $4.95 paperback). Not a reference book, but a toy, and a pretty good one, even if Green unnecessarily pads his text with lyrics, offers Lou Reed as guru, misquotes “Speedo,” and supplies neither dates nor sources—the latter being especially important for an utterly scandalous line “attributed to” Mike Curb, once head of MGM Records and now angling for the lieutenant governorship of California (see page thirty-six; we can’t print it). I loved the book anyway, for Bonnie Raitt on good times: “I don’t want to see any faces at this party I haven’t sat on”; P.J. Proby on justice: “I am an artist and should be exempt from shit”; blues singer Gus Cannon on his childhood: “They started to raise me in Mississippi, but the rope broke”; Phil Spector on “River Deep—Mountain High”: “That record sounds like God hit the world and the world hit back”; and TV producer Jack Good’s exhortation to crippled Gene Vincent: “Limp, you bugger, limp!”

THE PAPERS AND THE TRASH

→ The Tangent Factor, by Lawrence Sanders (Putnam, 308 pp., $8.95). The second in what will surely be a series of novels about twenty-seven-year-old Obiri Anokye, who in last year’s The Tangent Objective took over the mythical African nation of Asante and in this volume embarks upon his campaign to conquer the entire continent. The premise is terrific, and so is the execution: it’s hard to tell if Sanders or his hero is more ruthless, but both are out for adventure and both deliver. One cavil: I wish Sanders would skip over Nigeria, clearly the next target of the Asante empire builders, and send Obiri Anokye into Rhodesia; if he doesn’t hurry, the Patriotic Front will get there first.

→ Purloining Tiny, by John Franklin Bardin (Harper & Row, 185 pp., $7.95). This is Bardin’s attempt to return to the style of the three shattering psychological mysteries he wrote in the Forties (collected in The John Franklin Bardin Omnibus, Penguin), but from the archaism of the title to the cheat of the last page, his touch is off. Bardin’s characters act scared, but they’re not—three decades ago, Bardin’s characters were scared because he was.

→ A Mile Above the Rim, by Charles Rosen (Ballantine, 248 pp., $1.95). A novel that does for basketball what The Clansman did for Reconstruction—buries it in racism. A main selection of the National White People’s Party Book Club.