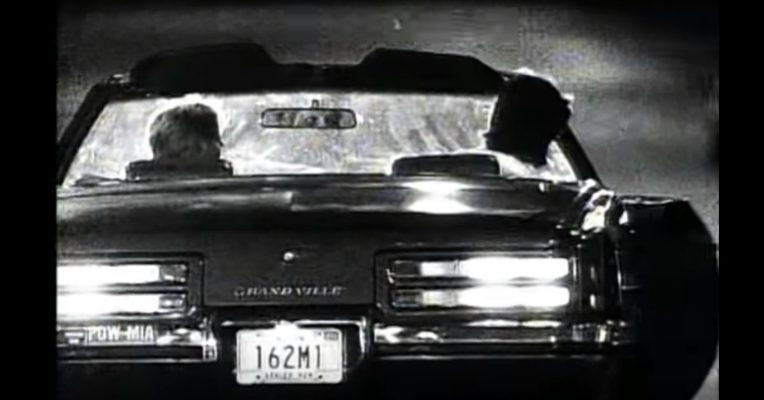 There’s nothing formally adventurous about the music on John Cougar Mellencamp’s Scarecrow (Riva/Polygram). Every note or riff has been played countless times before, for decades–it’s the most commonplace sort of rock roll. Heard next to an early Rolling Stones track, almost any Motown classic, the Who’s “Behind Blue Eyes,“ or mid-’60s garage-band discs like the Music Machine’s brutal “Talk Talk,” the links are obvious. But it’s just as obvious that the sound Mellencamp has gotten out of his band is a sound he’s worked for, that can now do exactly what he wants it to do, that can tell him what it is he wants to do.

Recorded live in the studio, the music offers both a good old-fashioned sonic smear and deep focus. The songs come forth whole, but there’s endless detail in them, and in every instant each musician seems to have a point to make. Guitars, bass, drums, maybe a tambourine or organ, the singing sometimes buried and fighting its way forward: the result is both standard and personal, the way a pair of Levi’s can be personal as skin. You’ve heard the guitar break in the hit single “Lonely Ol’ Night” all your life, but you’ve never heard it as part of this voice, these words, this time. The familiarity of it all can lull you out of paying attention; then the snare cracks out again, recorded so far up front it feels like drummer Kenny Aronoff is hitting it in your lap. The music is overwhelmingly present, physical: lead guitarist Larry Crane muscles the “Lonely Ol’ Night” break into a second theme the way a second baseman pivots for a perfect double play. The movement is old, someone can teach it to you if you can learn it, but every time a perfect double-play pivot is made a whole world of contingency, chance, and desire opens up. Every time the movement is made, it is made as if for the first time, and so are countless moves on Scarecrow.

The album keeps all the promises made in Mellencamp’s ten-year career as a professional rock ’n’ roll singer, faint as those promises seemed. On American Fool (a number-one LP in 1982) and Uh-Huh, on the hit singles “Hurts So Good,” “Jack & Diane,” “Pink Houses,” “Crumblin’ Down,” and “Authority Song,” you could hear this straight-ahead, no-bullshit Indiana rocker reaching for something a little more meaningful, a little more bullshit. He wrote and sang as if he wanted to be simultaneously cool and earnest, an impossible combination. He pushed hard and got nowhere but on the charts.You could enjoy those records without really listening to them—especially without really listening to them. As sounds they were solid but one-dimensional, and as sentiments they were shallow when they weren’t dumb; if the James Dean-inspired “Jack & Diane” could only mourn the fact that real life ends at 16, the self-conscious social vision of “Authority Song” didn’t go much beyond James Dean movies either. Still, the performances had heart—you heard the voice of someone who wanted desperately to tell you what he had to say but didn’t know what it was, or the voice of someone who wanted desperately to have something to say. But who cared what?

That heart finds a hold on Scarecrow—finds a subject. The subject is the state of the nation, questions of fairness, exploitation, community, decency, common purpose, a shared cultural and political inheritance, a crisis of values, and the songs that make the subject literal aren’t very good. “Justice and Independence ’85,” “You Got to Stand for Somethin,” “The Face of the Nation,” “R.O.C.K. in the U.S.A. (A Salute to 60’s Rock)”—how could songs with titles like that be any good? But Mellencamp’s pretentious, confused, I-want-to-have-something-to-say tunes are absolutely crucial here. They give the songs that stick—“Rain on the Scarecrow,” “Small Town,” “Minutes to Memories,” “Lonely Ol’ Night,” “Between a Laugh and a Tear,” “Rumbleseat”—a gravity they otherwise would never have, a gravity that pushes these tunes together, makes them part of a single story. That story is not about the state of the nation, it’s about one person’s attempt to live a good and decent life, but the weight Mellencamp’s big-deal statements put on his small-time testaments produces an almost invisible synthesis. The same gravity that brings the details of the band’s music to the surface can subliminally convince a listener that the fate of the country, its ability to keep its own best promises, can rest on the ability of a young man to find a friend on a lonely night, or to understand the conversation of an old man he’s met on a train.The old man is talking in “Minutes to Memories.” The tune begins quietly enough, intensifies without tipping its hand, but at the end Mellencamp is pure fury: it’s probably the best singing of his life, but his rage doesn’t seem to make sense, and it only makes sense when you understand that Mellencamp’s account of a conversation on a train is a realized version of his “The Face of the Nation.” The singer has learned something from the old man, he wants to get across what it was, and he’s terrified he won’t be ab]e to do it. The drama of the performance, its violence, at first smothers lines and then, because it’s impossible for you not to taste that fury again and again, reveals them: “He said an honest man’s pillow is his peace of mind.” One good line brings out others, all across the album.

The writing is of a piece with the band’s sound; the line about peace of mind is coded in blues-based popular music, hut I don’t think anyone has ever found it before. “Damn those broken dreams/Oh yes it could be better/You can say that about anything,” Mellencamp sings—for their everyday fatalism, those lines belong in Constance Rourke’s American Humor, but they aren’t there. Surrounded by confused, pretentious words about justice, independence, self-reliance, and patriotism, and surrounded by the conversation, the argument, of musicians who seem to make an almost tangible point in every note they play, these words are not pretentious. They are what pretentiousness becomes when it turns into real talk.

There’s a special thrill that comes when a performer finally gets it right—a thrill so patent you can feel it even if you’re hearing that person for the first time. You could feel that thrill with Aretha Franklin’s I Never Loved a Man the Way I Love You, the Miracles’ “The Love I Saw in You Was Just a Mirage,” Bob Dylan’s “Like a Rolling Stone.” Scarecrow is almost certainly not that good; Mellencamp’s drawl is too mannered to stand up, and in two years or ten no one may remember his record as more than an indistinct hit. But one morning I heard the songs from Scarecrow alongside the best of Aretha, Dylan, and the others, and Mellencamp’s songs stood up to them—carried the same charge. Did the fate of the nation rest on “The Love I Saw in You Was Just a Mirage”? Of course it did. For the moment, it rests on a hundred things, one of which is Scarecrow.

One thought on “Speaker to Speaker: Heart from the Heartland (01/86)”