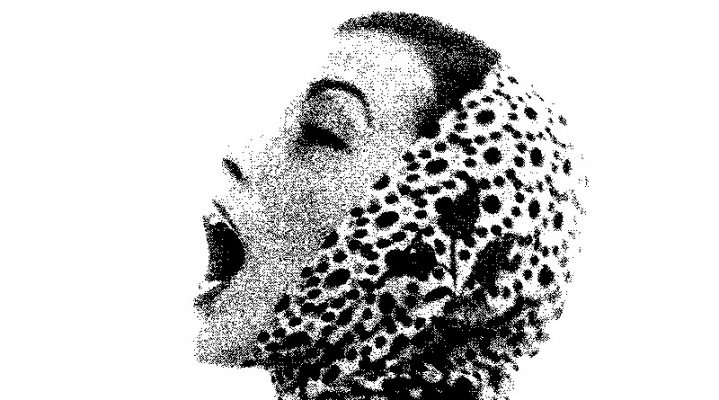 The great delight of Geng’s pieces is that she never parodies less than two things at once, and targets from the second on down are not necessarily obvious straight off. The knockout punch in this collection is “Coming Apart at the Semes,” which takes off from Newsweek’s unreadable 50th-anniversary American-family issue. Placing herself behind the aegis, or eight ball, of the quarterly AXES, Geng traces the lives of a “triad of paradigmal kinship units” in the context of their struggle against—defeat by—embrace of the hegemonic tyranny of narrative: “the Baxters, a staunch clan of obsolete modernists; the Russos, an irrepressible tribe of decadent expressionists; and the Joneses, an oppressed but indomitable household of duped retrograde humanists. These women and nonwomen, who have not made texts but lived them, are a hyperbolized exemplarization of what our critical discourse—” Which is only a bit of the opening paragraph. The rest, moving on to encompass not only the actual history of the last fifty years but one of the better Melville asides in the last hundred and fifty, performs a decathexis on artspeak so hilarious it’s guaranteed to unhypostatize anyone sufficiently prediscoursed to understand it—and that should include almost any reader of this magazine.