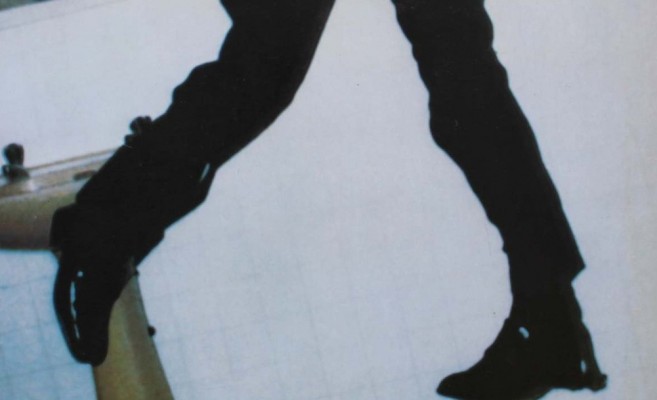 David Bowie’s albums are non events, though given the aura he insists on, they’re halfheartedly presented as such: time and again, ideas are run up the flagpole, but try and find the flagpole. What’s Bowie’s point of reference. Is it just that he succeeded in replacing Marvin Gaye as rock’s Peter O’Toole? Is he man of mystery, or mystery-man manque?

The clue may be in the early years of the decade, when Hunky Dory, Bowie’s last LP before he boarded the rocket ship to glory, was followed by the more glamorous but much narrower The Rise and Fall of Ziggy Stardust and the Spiders from Mars. On Hunky Dory, Bowie presented himself as a pure aesthete: smart, witty, sexually ambiguous, narcissistic and (with the chilling “Bewlay Brothers”) ultimately resigned to the acute oblivion of the demimonde. On The Rise and Fall of Ziggy Stardust and the Spiders from Mars, Bowie turned savior. He wrapped himself in the mantle of a Seventies Elvis, spun fantasies of doom and redemption, and set forth on his first American tour to reach out to the huddled pop masses. I’ll never forget a night at Winterland, a San Francisco hall that holds a good 5000, when a lonely 400 of the faithful and the curious huddled in front of the stage–for warmth–as Bowie Ziggy struggled through his act, gamely crying: “You’re not alone! Give me your hands! Give me your hands!”

Bowie promised far more than he delivered, but in those thin days, the promises themselves were exciting, and the music was strong enough to make the tension between Bowie’s hype and his substance vital. Still, it wasn’t long before Bowie’s much-vaunted androgyny seemed more than anything an aspect of his compulsion to be all things to all pop people–in sequence, never simultaneously. He became “new” so regularly that his personality virtually ceased to exist. He made fine, nervous hard rock (Aladdin Sane); “retired” like some prematurely world-weary rock Sinatra; cut dark, rather bizarre disco (Young Americans); and appeared with black musicians as a sort of effete Tarzan. You always heard the persona before the music, which may be why Pin Ups, Bowie’s terrific celebration of the British Invasion, is at once his most self-effacing and satisfying album. Never dull, but mythic only in his aspirations, Bowie became a bankable star.

At the same time, though–as if in retreat from a pale version of the triumph he’d sought, or perhaps frustrated at having been understood too easily and too well–Bowie was moving toward the pop avant-garde. On the one hand, he used his flair, brains and power to salvage the careers of fading prophets-without-honor: Mott the Hoople (“All the Young Dudes”), Lou Reed (“Walk on the Wild Side”) and Iggy Pop (Raw Power, The Idiot, Lust for Life). On the other, he began to take his music away from the crowd, first with the experiments of Station to Station, then with the more abstract and distant Low and “Heroes“, collaborations with Wunderkind Brian Eno and (on “Heroes“) Robert Fripp, self-styled Man Ray of rock. The result was intriguing, honest, modern music, a smaller but perhaps smarter audience, and an enhanced and more complex image. If Bowie’s work with punk heroes Mott the Hoople, Reed and Iggy made him a patron or even a source of that movement, his work with Eno and Fripp placed him ahead of it, the mainstream apostle of such post-punk English adventurers as prag Vec, Essential Logic and Throbbing Gristle, all of whom make minimalist, ironic, electronic pop-as-sound that grows straight from the artistic freedom and buzzing drone of the Sex Pistols.

Such a career has kept Bowie interesting, but through it all, the original points of reference remain visible: the savior and the aesthete. Bowie has never shied from pretentiousness; still, his pretensions–to grandeur, of course, but also to genius, wisdom, supermanship–have been thought out and musically supported. If he uses his body or his face as icons, he also makes his albums with a care that can only be called extreme. No matter how bloated or irrelevant his pose, the wit and resignation persist, just below the surface if not on it. The aesthete’s narcissism has come to seem like a form of introspection–a means to will, knowledge, creativity.

Right at this point, then–the verge of the Eighties–Bowie should be ready for a major new move, or a major synthesis. He ought to be ready to confirm himself as he’s never really done before. The momentum is there. Lodger might have been an event, if only as a record we would someday look back on as work that mapped the territory between past and future. Instead, it’s just another LP, and one of his weakest at that: scattered, a footnote to “Heroes“, an act of marking time.

“Fantastic Vovage” begins the set. It’s anything but fantastic, and that’s the point, because it’s a song about the coming depression, general entropy, rampant criminality and vague resistance. It’s singularly ill-written and musically empty; the horrors it means to summon up never coalesce into a threat.

One cut later, with “African Night Flight,” we’re in the heart of the Dark Continent, first stop on Lodger‘s inconclusive world tour (a last look before it all crumbles?). The jungle sounds are catchy enough, but the song itself doesn’t catch. Then, with “Move On,” the music takes off, if only for a moment.

“Move On” is a hilarious rewrite of Ricky Nelson’s “Travelin’ Man” (it touches down in Africa, Kyoto, Russia and Cyprus–rock travelers have become more sophisticated over the years), a wonderful parody of high-toned escapism (if Bowie’s really “just a travelling man,” as he claims, it’s with luggage by Gucci) and an utterly stirring account of what it feels like to search beyond the borders of the life one has inherited. “Sometimes I feel,” Bowie sings in a deep, terribly serious voice, “That I need to move on/So I pack a bag/And move on.” He makes these intentionally flat, probably intentionally pompous lines seem noble, heroic. The voices that drift in and out of the background–seeking, saved, eternal voices–are patent magic, the voices not of those who need to move on, but of those who have long since arrived: voices from the other side.

After a stop in the Near East (“Yassassin,” which is, we’re informed, Turkish for “Long Live”) and a sea cruise (the pounding “Red Sails,” with its neat last chant: “The hinterland the hinterland/We’re gonna sail to the hinterland”), the first side closes. On side two, all pretense to theme drops away. There’s “D.J.,” which is dumb (“I am a D.J. I am what I play”) but which disc jockeys love for obvious reasons, and then a melange of arch romanticism, unconvincing high despair and borrowed or emblematic images (“Look Back in Anger,” “Red Money”) that Bowie half-tries to develop before settling for coy obscurity. The music is mostly post Wild Honey Beach Boys with lots of oompah from the right and an equal dose of Fripperies and Enoisms from the left. The result is no more than irony: a tune like “Boys Keep Swinging” is so drenched in it (“Life is a pop of the cherry… They’ll never clone ya… Learn to drive and everything”) that it ceases to have any meaning at all. The song even fails to achieve the meaning of pure pop meaninglessness, because it so obviously wants to mean something. Lodger tailspins right off the turntable.

Bowie’s antinarrative lyrics, his antihero stance, his dependence on sounds and words that are suggestive rather than explicit, and his playing of banal surfaces against textures of real depth all speak for a future-in-the-present in which one must protect oneself from the world, from other people and from one’s own visions, desires and fears–while at the same time giving all of those things form and weight. What is defined is the nature of the distance involved, its necessity and its risks. This is an aesthetic that, when it works, combines a retreat into art with an affirmation of the world one has retreated from; it’s an aesthetic that holds life in reserve, and to hear it in action can be transporting. But on Lodger, save for “Move On,” Bowie seems less than interested, neither a serious savior nor a serious aesthete. It’s as if the role of savior now bores him, and thus–paradoxically, one would have thought years ago–leaves him without the energy to pursue his life as an aesthete with the intensity it demands. That’s disturbing, because for David Bowie, life as an aesthete is not a role at all.