1. Mekons, The Edge of the World (Sin, UK)
This lacks the insinuative potency of last year’s Fear and Whiskey, that astonishing tale of termite rebels burrowing into dark times, but thanks to Rico Bell’s accordion and Susie Honeyman’s violin, it comes on stronger; the territory remains the same. Once more, you can follow real people struggling with real questions: how do we live when all we cherish has been buried in the shit of power? Answers range from oblivion to good conversation. A cracked, impassioned cover of “Sweet Dreams” is cut off and you’re plunged into “Dream, Dream, Dream,” which is a joke and a nightmare; it leads to “Slightly South of the Border,” an unhappy explanation of why small pleasures like shopping, strolling, and good conversation dry up when they’re severed from a sense of the world-historical, a conviction confirmed by a hard and bitter Celtic fiddle piece that calls up Bob Dylan’s “A Hard Rain’s A-Gonna Fall,” Richard Thompson’s “Withered and Died,” Wire’s “I Am the Fly,” and turns out to be Hank Williams’s “Alone and Forsak­en.” The Edge of the World is a map of a secret time and place: here, now.

2. Absolute Beginners, directed by Julien Temple (Orion)
For the moment in the race riot when the thug called Flicker (Bruce Payne) pours gasoline on a coloured family’s piano, lights a match, and bangs out “Great Balls of Fire” as the keys go up in flames.

4. James Ellroy, Blood on the Moon (Avon paperback)
Two decades after the Ever­ly Brothers hit the charts with “Cathy’s Clown,” a mass murderer writes on a wall in the blood of his latest victim: “I’M NOT KATHY’S KLOWN.” “Maybe it’s a clue,” says a cop, and it is—to this very gory mystery, and to the mysteries of pop metaphor. 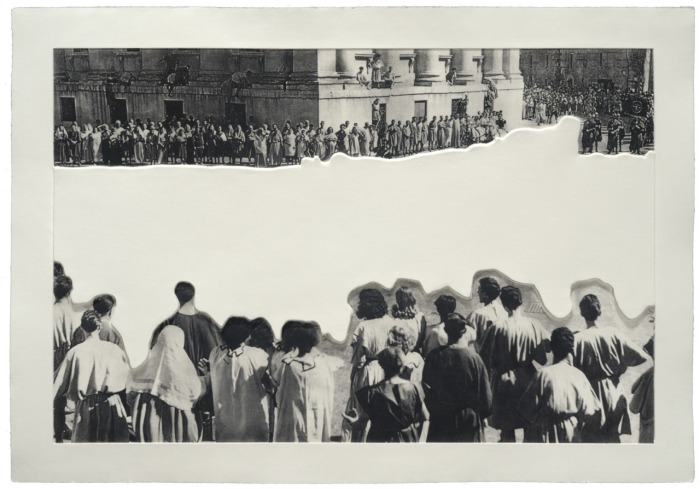 John Baldessari, “Crowds With the Shape of Reason Missing”

5. Zone 1/2, edited by Michel Feher and Sanford Kwinter, designed by Bruce Mau (Urzone/Johns Hopkins University Press, available at St. Mark’s Bookshop)
This big, internationalist dramatization of urbanism is a map of a public time and place—here, now—a picture of the shit of power. The premise that “Productive space [is becoming] diffused throughout the urban fabric, while a new wave of puritanism subjects the household to the ethics of the factory” is shaped by 13 essays (most striking are Annie L. Cott’s coolly horrifying “Neoconservative Economics, Utopia and Crisis” and Eric Alliez and Feher’s inspired “The Luster of Capital”), nine art projects (see page 32 for John Baldessari’s “Crowds With the Shape of Reason Missing”), and 19 replies to a what’s-happening-with-the-city questionnaire, which take form as mini-essays and mini-art projects (go to page 456 for examples of Krzysztof Wodiczko’s projection art) all that’s missing is a flexi of the Gang of Four’s “At Home He’s a Tourist” b/w “It’s Her Factory.” Ignoring pop music, Zone defines the social terrain that in ephemeral, everyday instants pop has to reveal for what it is, or could be: the temporal space new music will have to occupy if it is to be the sound of the city, not just sound in the city.

6. Bob Dylan With the Heartbreakers, “Lonesome Town,” Greek Theatre, Berkeley, June 13
“Ricky Nelson did a lot of my songs; I’d like to do one of his.” A lovely gesture, and it worked. As for the rest of the show, Dylan traded emotional nuance for rote chanting so doggedly that when my seatmate wondered if the next number might not be “99 Bottles of Beer on the Wall,” it was impossible to hear what followed as anything else. Two verses later, we deciphered it as a speeded-up “Rainy Day Women #12 & 35.”

7. Sonic Youth, Evol (SST)
By far their most pop, even rational, release, and still opening more doors to the void than the offerings of such putative allies as Big Black. I mean, if BB’s Atomizer is flesh-eating, they ordered off a menu. 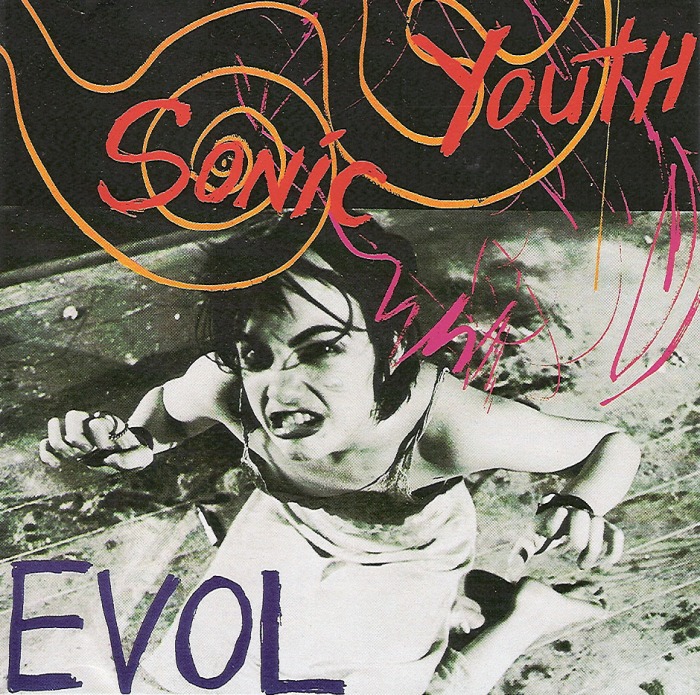 8. Madonna, “Live To Tell” (Sire)
This is terribly contrived, and in a month or two it’s going to sound like the luster of capital, if not the shit of power. For the moment, it’s one more proof of her mastery.

9. Rolling Stones, “Dirty Work,” from Dirty Work (Rolling Stones)
Maybe the redundancy is a code, a clue: this kicks off like their ancient “Empty Heart,” which is what it describes. Then it begins to fall apart, and Mick Jagger’s recognition of the emptiness in his own heart keeps it going. What you’re hearing is auto-cannibalism: Jagger feels the remnants of “Salt of the Earth” in his heart, and so, dramatizing the neoconservative utopia, he eats it. 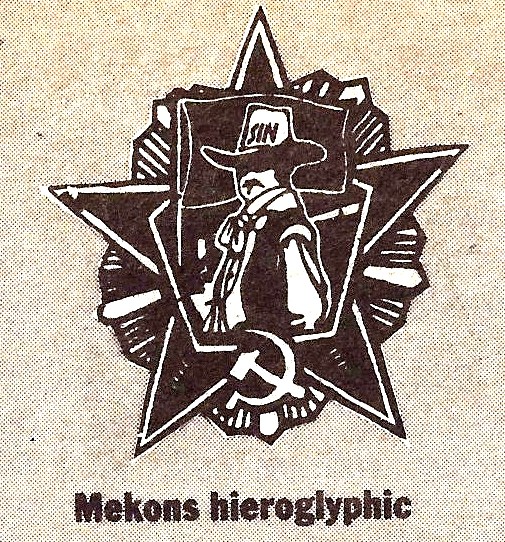